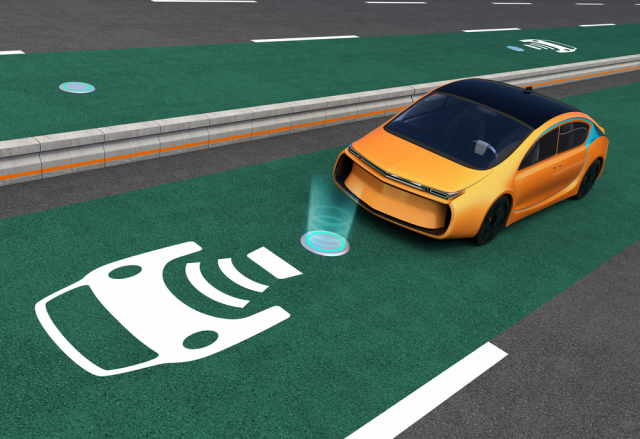 Current electric vehicles (EVs) are not living up to their potential. We need a radical technology revolution, and self-charging cars that operate entirely on renewable energy could be the key.

Self-charging cars, however, may be the answer to a consumer’s EV charging nightmares.

What is a self-charging car?

Onboard a traditional EV, one can expect to find a battery along with some supporting conversion and charging circuitry. In this scheme, the vehicle must plug into an external charging source, receiving power from the grid in some capacity.

A self-charging car, on the other hand, is a vehicle that has power generation onboard and can charge itself from its own generated power. Most self-charging cars feature onboard solar cells covering the exterior of the car so that the vehicle is continually generating energy and charging its own battery. The gold standard for a self-charging vehicle is to generate most of its electricity internally, as opposed to external charging from the grid.

In general, a self-charging car relies heavily on the designer’s ability to make the vehicle as efficient as possible to minimize the required energy per mile. For this reason, self-charging cars may look much different from a conventional EV: they may have only three wheels, for example, or irregular body shapes that improve aerodynamics.

Other key enablers of self-charging cars include lightweight and durable materials, such as carbon fiber and Kevlar, in place of traditional steel and heavy metals. These vehicles also require specialized solar cells that are thin and durable to ensure that the cells don’t add too much weight to the vehicle.

While self-charging cars may sound like something out of science fiction, the truth is the technology is much closer to reality than most would believe.

One of the significant advantages of this technology is the elimination of range anxiety by removing the need for frequent vehicle charging. With a vehicle that has the capacity to charge itself, one can expect to gain a significant advantage in overall range compared to conventional EVs.

Most users with average commutes will almost never need to recharge their vehicles. As a result, they will never need to pay for fuel. Even with extended drives, periods of bad weather, or longer than average commutes, studies indicate that consumers will pay four times less in fuel than drivers of an average vehicle. This makes EVs much more economical, which ideally should drive widespread adoption.

Beyond their benefits to the consumer, self-charging cars will have positive implications for grid infrastructure. Looking at the EV infrastructure as a whole, it is well established that the energy demand from EVs is going to place a significant burden on the grid. It is estimated that it would take $7 trillion and 20 years to upgrade the world’s electric grids to accommodate the expected increase in the number of EVs.

By placing solar cells directly on vehicles, we are offloading demand from the grid without the need to build up extra grid infrastructure to support renewables. This benefits the world in terms of sustainability, but reduces the need for infrastructure build-out.

Further, most of the electricity used by EVs comes from non-renewable energy sources. Even though EVs may not cause air pollution, the electricity they use causes pollution. Solar cars, on the other hand, can claim to be true zero pollution (TrueZEV).

In addition, most solar cars are very affordable and still qualify for electric vehicle rebates. Performance-wise, one trial help by Aptera Motors showed a solar car beating the Audi R8 and the Tesla Model 3 in a 0 to 60 mph test.

While self-charging cars are inching closer and closer to reality, there are still challenges that designers and manufacturers must overcome.

One major challenge is bringing this technology to mass production. As evidenced by the ongoing production challenges facing most EV manufacturers today, production is an extremely difficult aspect of EV design. This challenge will only be amplified when it comes to self-charging cars, as it is an entirely novel technology that has never been brought to market before.

On top of this, a big challenge will be getting consumers to embrace the technology. Consider the fact that Tesla released its first EV to market in 2008, and it took over a decade from that point for EVs to gain the widespread adoption that we’re seeing today.

A technology like self-charging cars is arguably even more radical for its time, and with that there are barriers to break into the mainstream. Undoubtedly, the technology is hard to believe, and convincing consumers to trust in its legitimacy and efficacy is going to be a huge hurdle for the technology.