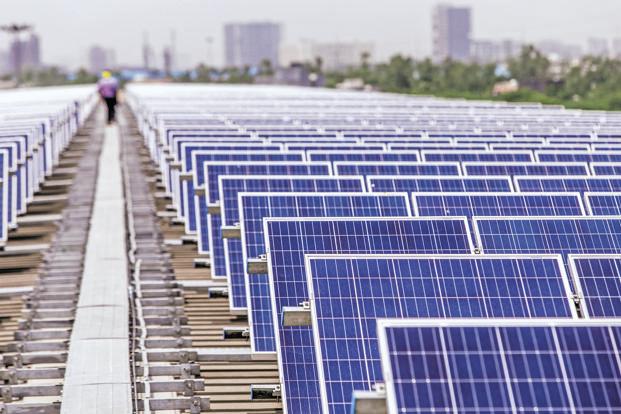 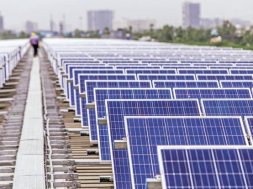 Mumbai: Shapoorji Pallonji Group has hired ICICI Securities Ltd to take its solar engineering, procurement and construction (EPC) business public, two people aware of the matter said. The solar EPC business is housed under the group’s flagship company, Sterling and Wilson. Mint reported in July that the group was considering an initial public offering (IPO) of the business.

“They have recently appointed ICICI Securities to start work on the IPO process. Once the work progresses to an advanced stage, they will appoint more bankers,” said one of the two people cited above, requesting anonymity as he is not authorized to speak to reporters.

He added that the group is also looking at a pre-IPO fundraise in the solar engineering business.

“The pre-IPO funding will help establish a benchmark valuation for the eventual public offering. That process is being run parallelly. The group expects the solar business to fetch a valuation of around $3.5-4 billion,” he said.

The IPO could fetch around $400-500 million, this person said, adding the final number will depend on the eventual stake dilution and the valuation of the company.

According to the second person cited above, the solar engineering business could be an attractive prospect for investors given its global geographic presence.

“The business has grown considerably in size over the last few years, especially on the back of overseas business. They earn close to 80% of their revenue from overseas markets. So, the business has significantly lower geographic and currency risks,” he said, also on condition of anonymity.

“We continually evaluate various capital raising initiatives from time to time for our business, which may include external financing. We have no further comments at this stage but will make an official announcement if and when appropriate,” said a spokesperson for Sterling & Wilson in an email response to Mint’s queries.

Jai Mavani, executive director at Sterling and Wilson, expects the group to raise about $1 billion by bringing outside investors into its solar unit, Bloomberg reported in November.

The plan is part of the group’s efforts to reduce debt, Mavani told Bloomberg. A separate listing of Eureka Forbes Ltd, the water purification unit of publicly traded Forbes & Co., and sales of commercial real estate will also be considered, he added.

Sterling and Wilson ventured into the solar EPC business in 2010. The company has a global presence with installed capacity of more than 1,930 megawatts (MW) and 2,450MW under-construction, according to its website.

In addition to India, Sterling and Wilson has implemented solar EPC projects in countries such as Egypt, Morocco, South Africa, the Philippines and Namibia.

Sterling and Wilson recently won a contract to build a 1,177MW solar project in Abu Dhabi, the largest such project in a single location globally.

Apart from the solar EPC business, the 90-year-old company is also involved in a variety of other EPC services. These include MEP (mechanical, electrical, and plumbing), co-generation solutions, transmission and distribution, turnkey data centres, diesel generators as well as operations and management services. Sterling and Wilson operates in more than 25 countries with a strong presence in regions such as the Middle East, Africa, Europe, the Americas and Australia.

The company reported a revenue of ₹6,200 crore during the financial year 2016-17, according to its website.