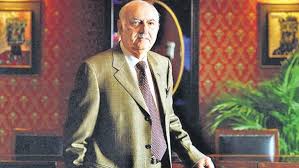 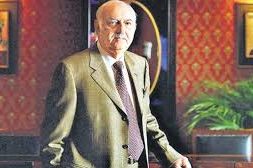 The group’s 225 megawatt (MW) Bhola power project in power-starved Bangladesh may be valued at around $270 million, one of the two people said, requesting anonymity. Standard Chartered has been hired to find a buyer for the Bhola power plant that is expected to be commissioned soon.

Experts said an assured power purchase agreement for 22 years with the Bangladesh Power Development Board is expected to help Shapoorji Pallonji get a better valuation for the asset.

In an emailed response, a spokesperson for Shapoorji Pallonji group said “the group is currently focused on completion of the project”. A Standard Chartered Bank spokesperson declined to comment.

Shapoorji Pallonji group, which is locked in a legal battle with Tata group over Cyrus Mistry’s ouster as chairman of Tata Sons Ltd, is considering several options, including selling solar power plants and road assets, besides a stake in its water-purifier business, Eureka Forbes, to reduce debt.

On 15 January, The Economic Times reported that Deutsche Bank provided $200 million in bridge financing to Shapoorji Pallonji group against its ownership of Tata Sons shares.

In November, rating agency ICRA downgraded the long-term rating of Shapoorji Pallonji and Co. Pvt. Ltd, citing “lower-than-anticipated progress achieved by the company in terms of its deleveraging plans through equity infusion and asset monetization”.

The Bhola project is being developed by Shapoorji Pallonji Infrastructure Capital Co. Ltd as an independent power producer and will help meet electricity demands of 200,000 homes in Bangladesh.

Established in 1865, Shapoorji Pallonji group is present in engineering and construction, infrastructure, real estate, water, energy and financial services, and has around 69,000 employees.

Bangladesh has been trying to meet its electricity demands by wheeling power from projects in India. Dhaka plans to buy at least 2,000MW of electricity from large solar parks being set up in Gujarat and Rajasthan.

Adani Power plans to supply electricity to Bangladesh from its proposed coal-fuelled project in Jharkhand.