Shell CEO welcomes Britain, France move to ban fuel engines
* Demand for oil will continue with jets, ships, trucks
* Shell to remain relevant through investments in new energies
By Ron Bousso and Karolin Schaps
LONDON, July 27 (Reuters) – The world’s oil consumption could peak as early as the end of the next decade as electric vehicles become more popular, Royal Dutch Shell Chief Executive Ben van Beurden said on Thursday.
The prospect of a decline in oil consumption after more than a century of growth as the world switches to burning cleaner fuels is gathering pace. On Wednesday Britain announced plans to ban diesel and gasoline vehicles by 2040, following a similar move by France.
“I think they are very welcome announcements, they are also very needed announcements,” van Beurden told reporters after Europe’s biggest oil company reported a sharp rise in quarterly profits.
Under the Anglo-Dutch company’s most aggressive scenario of battery-powered vehicles replacing traditional internal combustion engines, consumption of oil will peak in the early 2030s, he said.
With a high use of biofuels in the mix, demand could peak by the late 2020s, he added.
But oil will still be needed for decades to come as it is likely to remain the main fuel for planes, ships and heavy trucks, van Beurden told reporters.
“Even if the UK, France and the Western world in general will all go to 100 percent electric vehicles, that would be great, but that wouldn’t be enough… We still have less advanced economics that cannot do that switch,” he added.
In an interview with Bloomberg TV van Beurden said he would opt for an electric car as his next vehicle purchase.
The outlook from the world’s second-largest oil and gas company contrasts with others in the sector. Energy watchdog International Energy Agency does not expect oil demand to peak before 2040.
Shell, which has been producing oil since 1907, and its peers are increasingly switching to less-polluting natural gas production as the world transitions to a low carbon emission energy system.
“With the incubation and changes we are making in the new energies business but also in our existing business focusing on the best possible projects in LNG, gas and oil and petchems we can remain relevant,” van Beurden told journalists.
The company launched a new energies division last year through which it aims to invest up to $1 billion a year by 2020 in renewable energy, biofuels and hydrogen.

42
previous Annual Market for the Deployment of C&I Energy as a Service is Expected to Exceed $221 Billion by 2026
next Tata Power: Conquering Crisis 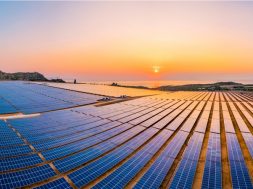