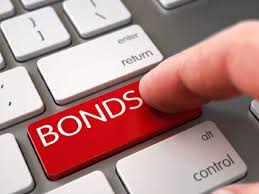 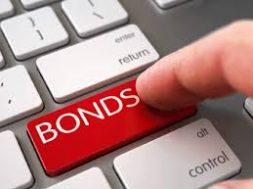 This will also arguably be the 1st renewable bond deal out of India that could not get subscribed even though the portfolio consists of largely Solar Energy Corporation of India (SECI) and NTPC projects, said industry analysts.

The issuer SB Energy Investments Limited, an offshore SPV wholly owned by SB Energy Holdings Ltd was looking to raise debt for 5 years at around 6.75%. Proceeds of the proposed were to be be used to refinance the existing project debt of some of the subsidiaries, fund transaction expenses, fund required reserves, and to onlend the balance amounts to the company and its subsidiaries. Several global banks including Bank of America Merrill Lynch, Barclays, Deutsche Bank, Standard Chartered, MUFG, Sumitomo Mitsui Banking Corporation were mandated for the exercise and the issue was to be priced on Monday.
However, the feedback from the market forced the company to withdraw it later in the evening.

This was a parallel process to the ongoing equity raise and stake sale that ET had reported on May 29th.

This is also rare instance of such a pull out by a company that has such pedigreed backers. “They were not getting demand at the pricing they were seeking,” said an official on condition of anonymity as these negotiations remain in private domain. “There has been critical commentary in the recent days and even on Monday from debt houses and global brokerages like Nomura and Jefferies that further compounded the matter and turned sentiments. A recurring concern from investors has been to what extent and for how long will the sponsors, especially Softbank, will bankroll the venture.”
As on December 2019, the joint ventures partners had made equity financing of $737 million in the company with around $590 million coming from Softbank alone.

PORTFOLIO CHALLENGES
The high operating leverage estimated at 7.5 times debt to EBITDA for FY21 along with concerns over sponsor Softbank’s financial health was seen as additional challenges facing the company. According to the marketing documents for the issue, reviewed by ET, the company aimed to make $87.3 million in revenues from power generation in FY21 and EBITDA of $77 million.

“The problem with their portfolio is on one hand their PPAs are very aggressively priced but their costs are at least 25-30% higher than most industry peers,” said a senior industry CEO who has seen the company’s operating and financial details.

Analysts calculate that after including the hedging costs and withholding tax component, the actual cost of debt was coming to 11-12% thereby affecting future IRRs to be generated from the portfolio. Some were also taken aback at the rationale for replace low cost yen debt with dollar financing

The company claims to have 7.7-gigawatt pipeline of projects in India and will reach its 20-gigawatt target within the next five years. Currently, as per the management, it has nearly 2 GW operating renewable energy capacity in the country, 2 GW under construction, and additional 3,700 MW under “active development” with contracts in hand.

“Typically such issuance get 2x demand. In this case they could not even get 1 times book,” said another official aware of the developments. “

In 2015, with huge fanfare, SoftBank’s founder Masayoshi Son had teamed up with Bharti Enterprises and Taiwan’s Foxconn Technology Group to form a 70:10:20 alliance to build solar and wind parks and subsequently start manufacturing panels in India to promote Prime Minister Narendra Modi’s push for clean energy and Make in India initiatives. Together they were to invest $20 billion over a 10-year period to set up 20,000 MW, or 20 GW, of clean energy projects, subject to certain conditions. Later, Foxconn exited without investing and it became a 80:20 alliance with Softbank and Bharti.
In India, the company has aggressively chased central government projects participating in auctions by Solar Energy Corporation of India (SECI) and NTPC to bulk its portfolio.

GLOBAL WOES
The Japanese telecoms and technology group’s investment portfolio has come under severe pressure following a series of global setbacks at several high profile bets including ride hailing company Uber and property company WeWork, forcing it to unwind a big portion of its stake in T-Mobile US in a deal set to inject $20bn in June into the Japanese group as it battles shareholder concerns over its investment strategy. It had also agreed to sell its remaining T-Mobile US stake worth $10 billion to Deutsche Telecom to raise urgent funds.

It posted an operating loss of 1.36 trillion yen, or $12.7 billion, in the fiscal year that ended March 31, its first annual loss in 15 years. It reported a profit of $19.6 billion the previous year. Its net income loss was $894 million. It’s $100 billion Vision Fund — an investment vehicle that became a major finance force in the technology world — also posted a loss on the order of $17.7 billion.