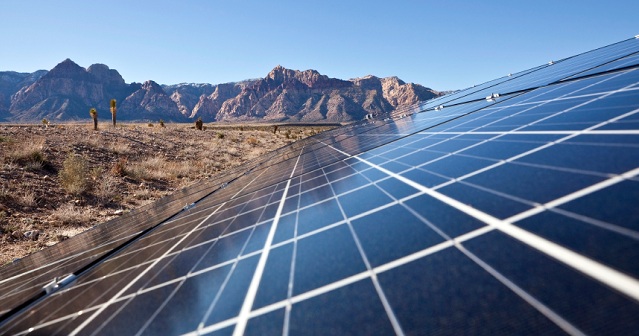 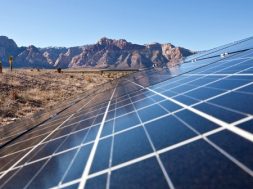 The cost of generating solar energy in India is set to fall to as low as Rs 1.9 per unit by 2030 with technological advancements increasing efficiency, a joint study by TERI and Climate Policy Initiative (CPI) revealed on Wednesday.

“By 2030, we project that the cost of wind and solar will be between Rs 2.3-2.6 per kilowatt hour (kWh) and Rs 1.9-2.3 per kWh respectively, while the cost of storage will have fallen by about 70 per cent,” the report launched at the World Sustainable Development Summit 2019 here said.

The report titled ‘Accelerating India’s transition to Renewables: Results from the ETC India Project’ suggests that by 2030, solar electricity could be as cheap as Rs 2.3 per kWh and even cheaper solar costs are possible, in the order of Rs 1.90 per kWh, if the widespread deployment of tracking technology raises the capacity utilization factor of new plants above current levels.

Likewise for wind, with mast heights increasing from the current level of 80 metres to 100 and even 120 metres, baseline projection for 2030 for the levelized costs of wind at Rs 2.58 per kWh could be as low as Rs 2.26 for projects with higher capacity utilization factors.

“We knew that renewables were cheap in India, but there were concerns that balancing their intermittency would raise consumer costs. This need not be the case: a high renewables system is cost-effective,” Dr Ajay Mathur, Director General of The Energy and Resources Institute (TERI), said.

According to the findings, the required investments in electricity generation capacities are substantial, at about Rs 1.65-1.75 lakh crore per year. This is slightly above the rate achieved over the last 10 years, which was around Rs 1.40-1.50 lakh crore per year, and represents a substantial financing challenge given the current stresses on the Indian banking system.

“We project the tariffs of new coal-fired electricity to rise, due to increases in coal transportation costs and increases in coal plant capital costs to improve efficiencies and reduce local pollution,” the report said.

It also states that in the high renewables scenario, the share of variable renewables including wind and solar will reach 30 per cent of total generation by 2030, and 390 GW of capacity.

The Energy Transitions India (ETC India) report estimates the total share of all zero-carbon technologies in generation, including large hydro and nuclear, to reach 45 per cent. “This represents rapid decarbonization of Indian power production,” it said.

“This would make India’s power sector as clean as that of Japan today, a tremendous achievement for a country of India’s level of income per capita. It would represent a truly unprecedented leapfrog into a cleaner electricity system,” the report said.

TERI also released a book on the occasion, ‘Green, Reliable and Viable: India’s Shift Towards Low-Carbon Energy’ on Energy Transitions in India, which brings together perspectives from key stakeholders from the power, mobility, agriculture and energy efficiency sectors, amongst others, offers their views on the challenges that lie ahead, and the solutions and next steps to move India forward on the decarbonisation pathway.