Bhubaneswar: The state government has planned to enhance its solar power generation capacity from 63 megawatt (MW) to 333 MW by the end of 2017-18 fiscal.

The minister said focusing on generation of energy from renewable sources, 12 grids have been set up in the state at various places from which 63MW solar power is currently being generated.

Of these 12 plants, GEDOCL Solar plant at Manamunda in Boudh district generates 20 MW power, while ACME, Orissa Solar Power Plant at Deogaon in Bolangir has a capacity of 25 MW.

He said that the state is also procuring 75 MW solar power from different firms located in Rajasthan, Uttar Pradesh, Haryana and Gujarat for past three-four years. This apart, three more thermal power projects with a total installation capacity of 7,720 MW are also in the pipeline, the minister further said.

According to the Energy Minister, the proposed thermal projects have been planned at Kamakhyanagar in Dhenkanal, Angul and Bedabal in Sundargarh.

Out of these thermal plants Orissa will get 2,400MW power from Kamakhayanagar plant, while from Angul and Bedabahal its share will be 660 MW and 1,300MW respectively.

Besides, five thermal plants in the state are under construction which will altogether have a total installation capacity of 5,700MW and of this Orissa’s share will be 2,365MW.

Currently, of the 3,900 MW electricity is being generated by the state from various sources in the peak hours of which contribution of thermal power is 1,020 MW. 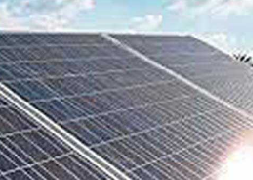