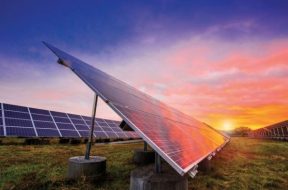 Featured
India has reduced the size of the tender aimed at boosting local manufacturing of solar modules to less than a third as it received only a single bid. The government now wants bidders to develop solar farms with 3 gigawatts of generation capacity instead of originally planned 10 GW, according to state-run Solar Energy Corporation […]
Read more