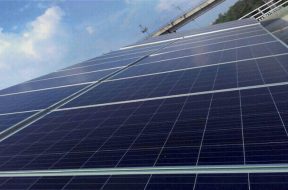 Featured
Scientists have designed a metal frame that increases the amount of sunlight captured by a solar cell, enhancing its energy production by almost one-third. The simple, inexpensive and ingenious method could increase solar energy captured for people in developing countries, as well as remote regions that are off the grid, researchers said. “In Uganda, between […]
Read more