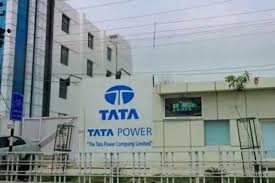 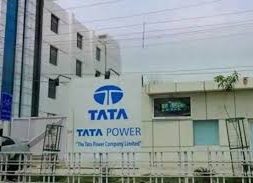 Tata Power Solar, India’s largest integrated solar company and a wholly-owned subsidiary of Tata Power, has received a “Letter of Award” (LoA) to build 95  MW of ground mounted Solar PV project for GSECL. The order value of the project is approximately INR 460 crores ($63 Million). The Commercial operation date for this project is set for April 2022.

With this addition, the order pipeline of Tata Power Solar Systems Ltd. (TPSSL) stands at approximately 4.2 GWp with an approximate value of INR 12500 crores, thereby cementing its position as India’s leading Solar EPC player for seventh year in a row among utility scale.

The company specialises in providing comprehensive EPC solutions and also manufactures high efficiency PV modules. Today, TPSSL is known for its project and operational excellence, it has a strong trained workforce which ensures timely completion of projects from concept to commissioning including its operation and maintenance for the complete lifespan of the plant.

Tata Power Solar deploys world-class technology to design, install and commission benchmark solar projects worldwide. The company has offered a range of indigenous solar rooftop EPC solutions to its customers which has helped them to transform their businesses into a sustainable and environmentally responsible organisation, enabling them to reduce their energy costs through the installation of cost-effective renewable technologies.

Speaking on the achievement, Mr. Praveer Sinha, CEO & MD, Tata Power said, “We are glad to announce this new win of large grid-based solar EPC contract from GSECL, a leading public sector undertaking. We have been progressively growing our portfolio to be the partner of choice for grid-scale solar projects. These orders are a motivation for us to continue focusing on delivering the best to our customers and live up to their expectations.”

Over the years, TPSSL has been India’s leading solar rooftop EPC player with compelling economics, especially for the commercial and industrial segment, favourable government policies, and increased environmental awareness have been the key growth drivers.

Tata Power Solar has successfully implemented large projects such as the 150 MW Ayana at Ananthapur, 50 MW Kasargod at Kerala, 56MW Greenko, 30MWp Solar Power Plant in Lapanga, Odisha, 105MWp of Floating solar at Kayamkulam (under implementation). It has also won an auction conducted by Gujarat for 400 MW of projects to be built at Dholera solar Park.

Tata Power Solar, with 31 years of deep domain expertise is one of the pioneering solar manufacturers in the world and India’s largest specialized EPC player. Founded in 1989, the company was originally formed as a joint venture between Tata Power and British Petroleum Solar (BP Solar).

As one of the largest solar manufacturers in India, Tata Power Solar operates world-class manufacturing unit in Bangalore, with a production capacity of 400 MW of modules and 300 MW of cells. It has a portfolio of more than 5.4GW of ground-mount utility-scale, over 465MW of rooftop and distributed generation projects and installation of over 31000 pumps across the country till date. It also offers a diverse line of solar solutions for both urban and rural markets – these include rooftop solutions, solar pumps, and power packs among others. Tata Power Solar is committed to enabling solar everywhere and aims to provide energy access to millions of people across the country via its integrated solar solutions.