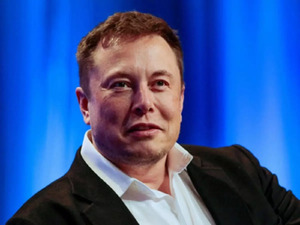 Tesla CEO Elon Musk has claimed that the company will have self-driving cars on road around the same time next year, that is, May 2023.

Tesla CEO Elon Musk has claimed that his company will have self-driving cars without the need for having human drivers behind the wheel for supervision around the same time next year. Musk statement came on the sidelines of his visit to Brazil, wherein he launched a program to connect Amazonian regions with SpaceX’s Starlink satellite system.

According to a report by Electrek, this is not the first time that The Boring Company founder has made such claims. The report says Musk has been about Tesla launching robotaxis on road since 2019. “Next year for sure, we will have over a million robotaxis on the road…The fleet wakes up with an over-the-air update. That’s all it takes,” Musk wrote in a tweet back in October 2019.”

However in 2020, Musk changed his time. Responding to a tweet he said that the regulatory approvals made the timeline of launch a bit uncertain.

Then earlier this year, Musk said that Tesla planned to bring a dedicated robotaxi with no steering wheel or pedals to market by 2024. His statement came on the sidelines of the company’s earnings call for the first quarter of 2022.

“I think can be very powerful product where we aspire to reach volume production in 2024,” Musk said, adding, “I think [the robotaxi] really will be a massive driver of Tesla’s growth.”

“The Full Self-Driving Beta at this point can very often take you with zero intervention across the Bay Area from San Jose to Marin through complex traffic…We got over 100,000 in the beta, so it’s not tiny, and we will be expanding that to probably 1 million people by the end of the year,” Musk said at the All-In Summit earlier this month.