This ‘green stove’ saves lives – and the environment!

This ‘green stove’ saves lives – and the environment!

In Nigeria, Femi Oye is cooking up a ‘kitchen revolution’ with a smoke-free stove

Femi Oye was only nine years old when he lost his grandmother, who was also his guardian, to lung cancer, a disease she likely developed after cooking with charcoal and firewood all her life in Nigeria. He says the loss was a turning point for him, and he decided he would do something about it when he grew up.

In 2010, at 32, Oye founded Green Energy Biofuels (GEB), a company that manufactures and distributes an innovative, smoke-free cook stove. It uses ethanol gel as fuel, a clean energy source made from biomass. He says it took him and his team two years of research and development to come up with two viable products —the stove and the gel—, which they launched in 2012. The Kike Green Cook stove is a portable, reinforced, enamel-coated metallic stove with a safety regulator and a steel bowl in the middle that serves as a tank for the cooking gel. The gel is 100 percent organic and made from renewable energy sources – water hyacinth, sawdust, grass, food and agricultural waste. According to GEB, it is safer, cleaner, and burns more efficiently than liquefied petroleum gas, kerosene, firewood or charcoal, which are the popular cooking fuels in Nigeria. Close to four million people die prematurely each year from illnesses attributable to household air pollution, which contributes to a range of chronic diseases such as lung cancer. But aside from air pollution and its detrimental effect on health, the burning of fossil fuels has a huge impact on the environment. Along with industrial processes, it represents roughly 65 percent of the global greenhouse gases that we release into the atmosphere, one of the leading causes of global warming.

Businesses like GEB are aiming to fight climate change. Oye says that his green cook stoves have reduced CO2 emissions by more than 600,000 tonnes so far, by replacing harmful fossil fuels, such as kerosene, with more than 10 million litres of biofuel cooking gel equivalent. “We have to continue innovating in a way that can create a cleaner, safer and healthier alternative to conventional energy. That’s why we’ve developed a formula that can genetically modify enzymes that have the potential to break down cellulose in plants or biomass,” says Oye. “Fossil fuels are hazardous, producing soot, particulate matter, nitrite oxide and other gases that are harmful to personal health and the environment. But ethanol emits less CO2and its other by-products are oxygen and water. These come with no health or environmental risk.”

By using waste as a resource, GEB promotes a system of functional and sustainable waste management, participating in the development of a circular economy in line with the United Nations’ Sustainable Development Goals. The ethanol gel is sold in recycled plastic bottles, which the company buys at a minimal cost.

GEB’s marketing model operates through an open, mentor-driven network. It distributes its products to final consumers through more than 27,000 agents and distributors who earn commissions on each sale. The company has also franchised distribution shops called Green Centres. This social marketing model provides income to independent distributors while helping the business to grow on a local scale. “GEB has empowered some 38,000 women entrepreneurs across its 28 distribution centres, created 1,054 direct jobs and some 45,000 indirect jobs,” says Oye. However, cost can be an issue. Akinbode Odunlami, owner of a Green Centre in Lagos and a GEB distributor for the past six years, says the company has raised prices over the years, affecting his sales and profits. “Initially, the single burner stove cost 3,500 naira (about USD 10), while the double one was 5,500 naira. But now the single burner costs over 4,500 naira and the double one sells for over 9,000 naira,” he notes. “The gel has also increased. There is no money in town now, due to Nigeria’s present economic situation; [GEB] should lower the price of the products so more people can afford them.” With a production of 50,000 biogel litres per day, a factory in Lagos, and a business presence in six African countries, Green Energy Biofuels (GEB) is aiming to fight climate change.   –  Green Energy and Biofuels

Odunlami’s concern is understandable. A litre of GEB’s biogel costs about 360 naira while a litre of kerosene sells for 220 naira. Liquefied petroleum gas is even cheaper. Considering the price difference, convincing the average Nigerian to opt for biogel instead of conventional fossil fuels will be difficult.

Although the company’s business appears to be booming, Odunlami also believes it could benefit from improving its marketing and advertising strategies. “Many people do not know about [the products] so I have to make flyers and posters,” he says. “But those who use it say it’s life saving. It doesn’t explode like gas and it doesn’t release smoke like conventional stoves.”

With a production of 50,000 biogel litres per day, a factory in Lagos, and a business presence in six African countries including Ghana, Togo and Senegal, GEB aims to become the preferred energy source for the future in Africa. “With the increasing price of fossil fuels and corrupt distribution of kerosene and charcoal, a sustainable biofuel gel will help most families to achieve sustained energy security at lower cost,” says Oye. 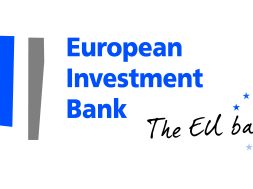