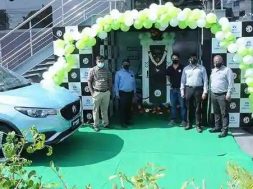 Most of the investment in renewable energy come from private sector. Total estimated investment in renewable energy power projects during last three years is around Rs. 86,000 crore. As per inputs provided by Central Electricity Authority (CEA), around 15,400 MU has been generated through solar energy during the last three years and it has met the energy requirement to that extent in the country. This was stated by Shri Piyush Goyal, Minister of State (IC) for Power, Coal & New and Renewable Energy in a written reply to a question in the Lok Sabha today.

The Minister further stated that Government is promoting solar energy by providing fiscal and promotional incentives such as capital and/or interest subsidy, tax holiday on the earnings for 10 years, generation based incentive, accelerated depreciation, viability gap funding (VGF), financing solar rooftop systems as part of home loan, concessional excise and custom duties, preferential tariff for power generation from renewables, and foreign direct investment up to 100 per cent under the automatic route.

Under grid connected solar power schemes, the developer is decided through open and transparent bidding system. Under off grid solar programme, organisations who are interested in working in the sector can be empanelled as Channel Partners. The Ministry has empanelled Channel Partners for grid-connected roof-top, off-grid and solar water heater categories. The Government has revised the target of solar power from 20 GW to 100 GW by 2022. The Minister further added that however some developers are also importing solar cells, modules and other components. Technology is changing from time to time with new research. India is encouraging new and better technology. 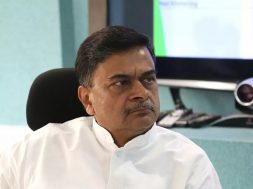