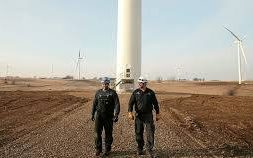 The U.S. clean energy sector has lost more than 620,000 jobs, or 18% of its work force, as stay-at-home orders and a weakened economy have slowed demand for solar panels and energy-efficient systems and curbed production of electric vehicles and clean fuels, a report published on Monday showed.

The industry lost 27,000 jobs in May, a slower rate of decline than in April and March, when states first implemented lockdown orders to combat the spread of the coronavirus, according to the analysis of U.S. unemployment data conducted by BW Research Partnership.

While they represent a tiny fraction of the nation’s total job losses during the period, the clean energy industry’s contraction is a devastating blow to an industry that had been growing rapidly.

The numbers appeared to be on track to fall short of a forecast here BW made last month that the sector would suffer 850,000 job losses by the end of June.

The report warned, however, that many of the sector’s jobs are being supported by a federal program to help cover the payroll costs of small businesses hurt by the novel coronavirus disruption. The expiration of that program “may result in a fresh round of layoffs in clean energy if there is no further intervention,” it said.

Wind and solar companies have been pleading with Congress to extend deadlines for projects to qualify for sunsetting federal tax credits to help relieve the impact caused by pandemic-related construction delays.

Like in previous months, the energy efficiency sector suffered the biggest losses during the month, representing about 70% of the total.