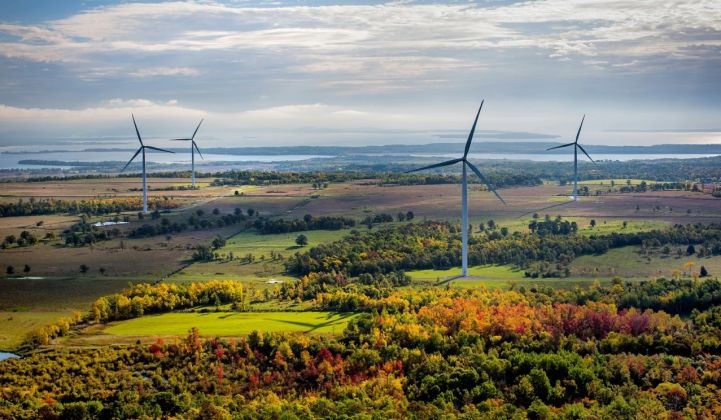 US Treasury to Tweak Tax Credit Deadlines for Renewables Projects 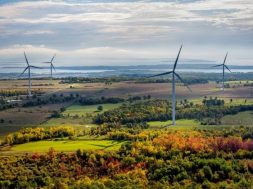 US Treasury to Tweak Tax Credit Deadlines for Renewables Projects

A three-sentence letter issued by the Treasury Department on Thursday suggests relief may be on the way for a nervous renewables market.

A concise three-sentence letter sent by the U.S. Treasury Department on Thursday suggests relief is on the way for a renewables industry concerned about meeting quickly approaching tax credit deadlines.

The letter came in response to a late April appeal from a bipartisan group of senators, who asked that the Department extend deadlines for solar and wind developers looking to qualify projects for the investment tax credit and production tax credit. Treasury informed the senators that it “plans to modify the relevant rules in the near future.”

That statement, though short on detail, should offer breathing room for developers scrambling to keep projects on track as COVID-19-fueled delays throw schedules into disarray.

Under existing safe-harbor provisions, solar developers must begin construction or invest a certain amount of cash by a specific date to qualify projects. Wind developers, meanwhile, had to finish construction by the end of 2020 to secure the full production tax credit. The timelines of both credits put pressure on developers thrown a curveball as the pandemic began shutting down states across the U.S.

In their letter, Senators had asked that the Treasury offer a “temporary extension of the continuity safe harbor of five years, in lieu of the current four.”

The American Council on Renewable Energy said a change from Treasury would be “immensely helpful” to the industry in coping with current conditions.

“The renewable sector has been hit hard these last couple of months by supply chain disruptions, shelter-in-place orders and other significant pandemic-related delays,” said Gregory Wetstone, the group’s president and CEO, in a statement.

The American Wind Energy Association, an industry group, also applauded the indication that Treasury would modify the deadlines.

The renewables industry has been lobbying for the change, which will give developers more time and flexibility in meeting the requirements of the tax credit. The coronavirus has upended some development timelines and led some renewables companies to issue “force majeure” claims.

Some portions of the renewables industry, such as the Solar Energy Industries Association, have also been pushing for an extension of the tax credits, which would make them applicable in more years. But clean energy organizations have held up the deadline change as an alternative form of relief.

Winning a fix through Treasury rather than a legislative extension of tax credits cuts Congress out of the equation. And with lawmakers negotiating emergency health provisions and working to stanch economic calamity, the renewables industry was navigating how to make its priorities heard while recognizing the current emphasis on public health and safety.

Though Treasury was light on details in the letter, Ravi Manghani, head of solar research at Wood Mackenzie Power & Renewables, said the change could be significant.

“It may not impact projects that were looking to capture the maximum of 30 percent ITC, but [it] provides tremendous upside to projects that were looking to claim 26 percent and 22 percent this year and next,” Manghani said in an email. “It also eases up potential supply constraints that may have arisen in 2023 as a slew of projects would have targeted [commercial operation date].”

The full impact of the changes will become clear only when Treasury fleshes out its succinct acknowledgment of changes to come. Both AWEA and ACORE said they look forward to receiving further details.