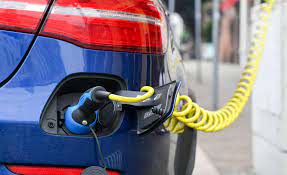 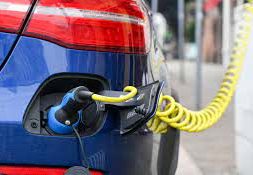 The chief executive of Volvo Cars described plug-in hybrids as a “very popular concept” on Tuesday, but emphasized the need for government support when it comes to charging infrastructure.

Plug-in hybrid electric vehicles, or PHEVs, are cars which have an internal combustion engine as well as a battery-powered electric motor. Speaking to CNBC’s “Squawk Box Europe,” CEO Håkan Samuelsson referred to the vehicles as a “bridge technology.”

As a company, Volvo Cars has said it wants “around 50%” of the cars it sells to be “pure electric” by the year 2025, with the other half sold as hybrids. On the topic of new energy vehicles needing government incentives to drive sales, Samuelsson said he thought that “long term, we need to have sustainable concepts that can be sold on (their) … own merits.”

“But of course, in the first transition years governmental support for electric cars would be very helpful and even more helpful would be support to develop a charging network.”

Indeed, “range anxiety” — an idea that electric vehicles are not able to undertake long journeys without losing power — has long been seen as a potential barrier to electric vehicle uptake. Better charging infrastructure is likely key to combating this perception.

Bit by bit, changes are taking place when it comes to charging. Last month, McDonald’s U.K. said it was planning to install rapid charging points for electric vehicles at new drive-thru restaurants in the country.

The fast food giant is partnering with a firm called InstaVolt, which specializes in the technology. Charging infrastructure will also be introduced to existing drive-thru restaurants where feasible, with the technology rolled out to new drive-thrus “as standard.”

Around the world, governments are attempting to incentivize the uptake of electric vehicles. In Norway, which is often cited as a model for low emission cars, the Norwegian Electric Vehicle Association says that electric vehicles do not have to pay annual road tax, have “access to bus lanes” and are exempt from 25% value added tax on purchases, among other things. According to the association, these incentives are in place “until the end of 2021”, when the government will make revisions to them.

Governments are also making efforts to improve charging infrastructure. In January, the U.K. government said it would “double the funding” for “the installation of chargepoints on residential streets” to £10 million ($12.72 million). At the time, the government said the money – which will be for installations in 2021 – “could fund up to another 3,600 chargepoints across the country.”

Tuesday also saw Volvo Cars report its financial results for the first half of the year. Global sales in the first six months of the year dropped by 20.8% as the firm acknowledged results had been “impacted by the coronavirus pandemic and its effect on the global economy.”