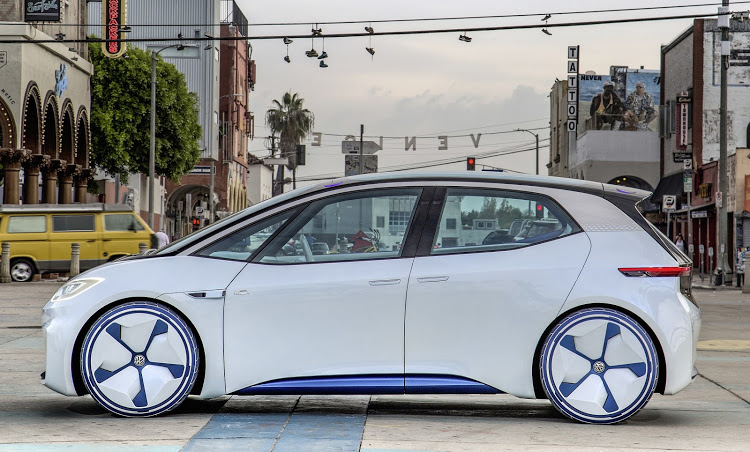 VW gambles all on electric-car future 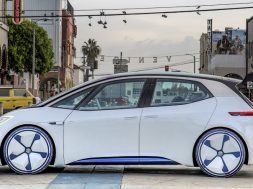 VW gambles all on electric-car future

If Volkswagen realises its ambition of becoming the global leader in electric cars, it will be thanks to a radical and risky bet born out of the biggest calamity in its history.

The German giant has staked its future, to the tune of $91bn (R1.2-trillion), on being able to profitably mass-produce electric vehicles, a feat no other carmaker has come close to achieving.

So far mainstream carmakers’ electric plans have had one main goal: to protect profits gleaned from high-margin conventional cars by adding enough zero-emission vehicles to their fleet to meet clean-air rules.

Customers have meanwhile largely shunned electric vehicles because they are too expensive, can be inconvenient to charge and lack range.

The biggest strategy shift in Volkswagen’s 80 years had its roots in a weekend crisis meeting at the Rothehof guesthouse in Wolfsburg on October 10 2015, senior executives told Reuters.

At the meeting hosted by then VW brand chief Herbert Diess, nine top managers gathered to discuss the way forward after regulators blew the whistle on the company’s emissions cheating, a scandal that cost it more than €27bn in fines and tainted its name.

“It was an intense discussion, so was the realisation that this could be an opportunity, if we jump far enough,” said Juergen Stackmann, VW brand’s board member for sales.

“It was an initial planning session to do more than just play with the idea of electric cars,” he said. “We asked ourselves: what is our vision for the future of the brand? Everything that you see today is connected to this.”

Just three days after the Rothehof meeting of the VW brand’s management board, Volkswagen announced plans to develop an electric vehicle platform, codenamed MEB, paving the way for mass production of an affordable electric car.

For months after the Volkswagen scandal blew up in 2015, rival car makers treated diesel-cheating as a “VW issue”, according to industry experts. But regulators have since uncovered excessive emissions across the sector and unleashed a clampdown that undermines the business case for combustion engines, forcing a sector-wide rethink.

Now the “villain” of dieselgate is likely to become the largest producer of electric cars in the world in coming years, analysts say, putting it in pole position to flood the market should the demand materialise.

However, the full scale of VW’s ambitions were only revealed two months ago when it took the industry by surprise by pledging to spend €80bn to develop electric vehicles and buy batteries, dwarfing the investment of rivals.

It’s a risky bet. With regulators and legislators, rather than customers, dictating what kind of vehicles can hit the road, analysts at Deloitte say the industry could produce 14-million electric cars for which there is no consumer demand.

It’s also an all-or-nothing bet in the long run.

VW, whose ID electric car will hit showrooms in 2020, has set a deadline for ending mass production of combustion engines. The final generation of petrol and diesel engines will be developed by 2026.

Arndt Ellinghorst, analyst at Evercore ISI, said betting on electric vehicles (EVs) could be risky because customers did not want to own cars dependent on street-charging facilities.

“What if people are still not ready to own EVs? Will adoption be the same in the US, Europe and China?” he said.

But he said that EU and Chinese emissions regulations made electric vehicle adoption inevitable and that being an early industry mover in that direction offered a “positive risk reward”. 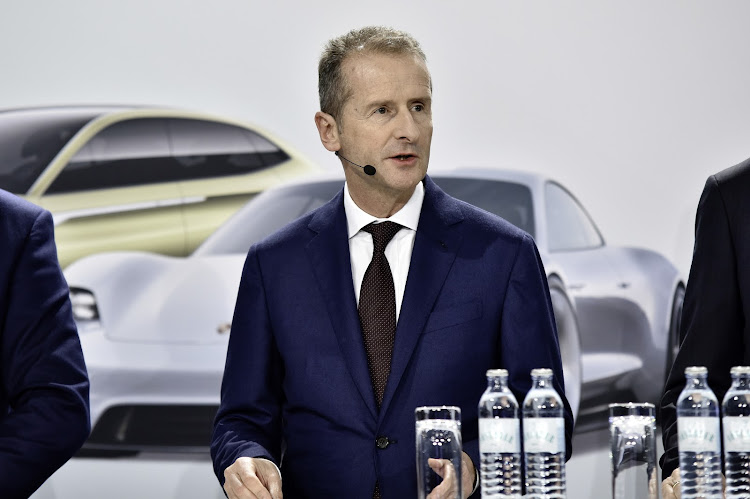 VW CEO Herbert Diess is taking a risky bet with plans to raise annual production of electric cars to 3 million by 2025, from 40,000 last year. Picture: SUPPLIED

Another by-product of dieselgate that quickened VW’s electric drive, according to the senior executives, was a purge of the company’s old guard, who became the focus of public and political anger.

This empowered Diess, a newcomer who had joined as VW brand boss shortly before US regulators exposed the carmaker’s emission test cheating.

Diess, who joined from BMW where he helped pioneer a ground-breaking electric vehicle, has since been appointed CEO of Volkswagen Group, a multi-brand empire that includes Audi, Porsche, Bentley, Seat, Skoda, Lamborghini and Ducati.

Carmakers have failed to mass-produce electric cars profitably largely because of the prohibitive cost of battery packs which make up between 30% and 50% of the cost of an electric vehicle.

VW believes its scale will give it an edge to build an electric vehicle costing no more than its current Golf, about €20,000, using its procurement clout as the world’s largest car and truck maker to drive down the cost.

“We are Volkswagen, a brand for the people. For electric cars we need economies of scale. And VW, more than any other car maker, can take advantage of this,” a senior Volkswagen executive told Reuters, declining to be named.

The car maker’s electric-vehicle budget outstrips that of its closest competitor, Germany’s Daimler, which has committed $42bn. General Motors, the No 1 US carmaker, has said it plans to spend a combined $8bn on electric and self-driving vehicles.

Renault-Nissan-Mitsubishi said in late 2017 they would spend €10bn by 2022 on developing electric and autonomous cars.

“On a 2025 view, we expect Volkswagen to be the number one electric vehicles producer globally,” UBS analyst Patrick Hummel said. “Tesla is likely to remain a niche player.”

VW’s test cheating using engine management software — “defeat devices” — resulted in the introduction of tougher pollution tests which revealed in 2016 and 2017 that emissions readings across the industry were up to 20% higher under real-world driving conditions compared with lab conditions.

This has raised the bar on the automotive sector’s efforts to cut emissions of carbon dioxide, blamed for causing global warming.

Every gram of excessive carbon dioxide pollution will be penalised with a €95 fine from this year on.

Carmakers have struggled to lower their average fleet emissions because of a shift in customer taste toward heavier, bigger SUVs, which makes it harder to maintain the same levels of acceleration without increasing fuel consumption and pollution.

SUVs are now the most popular vehicle category in Europe, commanding a market share of 34.6%. Even Porsche, which makes lightweight sports cars, relies on sports utility vehicles for 61% of sales.