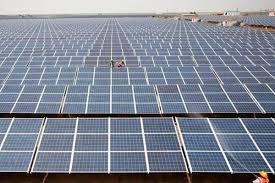 Kuldeep Jain, founder and managing director of CleanMax did not respond to Mint’s phone calls, texts and queries emailed on Friday.

In July 2017, Warburg Pincus had announced that it will invest up to $100 million in CleanMax. CleanMax’s operating capacity has grown from 24MW in 2015-16 to more than 500MW in 2018-19, and the company expects to expand its customer base from 120 corporates to 300 corporates by 2022. It has expanded its portfolio in West Asia and is exploring further expansion in South-East Asian countries.

India is home to the world’s largest clean energy programme and aims to have 175 GW of clean energy capacity by 2022, including 100GW from solar projects. Of this, 40 GW is to come from solar rooftop projects. India now has 34.6 GW of solar power and has attracted marquee global investors. Recently the single-largest foreign clean energy investment announcement in India was made by Japan’s ORIX Corp. for $980 million in Greenko for a 17% stake.

“We are witnessing a lot of deals in play in India’ clean energy market,” said a person cited above requesting anonymity.

While India’ roof top solar sector hasn’t performed as per expectations, this is expected to change with Prime Minister Narendra Modi recently calling for each state to have at least one ‘solar city’ whose electricity needs would be met entirely through rooftop solar power.