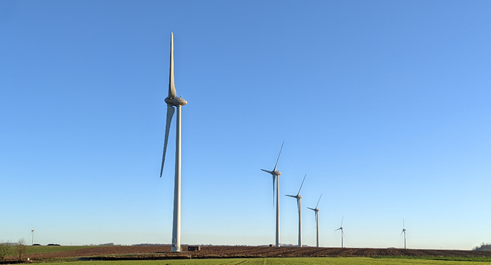 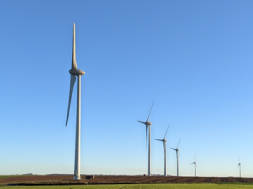 Of the 121GW, close to 15GW of capacity is expected to come online by 2030. To put this into perspective, 15GW of capacity will account for 4% of the total 2030 offshore wind installed base with the other 96% firmly in fixed-bottom wind turbines. But where is the appetite for floating wind and what are the opportunities and challenges facing this fundamentally untapped market?

On a regional basis, Europe accounts for 66% of the global pipeline and will also account for 61% of 2030 installed capacity. The UK leads, but its neighbour – Ireland – is also taking a bite with GW scale ambitions in the Celtic Sea. Other regional markets such as Australia, Korea and the USA are showing strong interest, beyond the often-quoted Japan. Although much of the outcome from licensing rounds such as Scotwind and other planned projects will be built post-2030, there is a good geographic spread longer term.

Westwood’s Head of Energy Transition, David Linden, discussed the future of floating wind with Alex Gauntt, Supply Chain Director at Cierco Energy in the latest Energy Transition Now podcast and when asked, why invest in floating offshore wind? Gauntt advised, “Currently the offshore wind farm with the highest capacity factor in the world is a floating offshore wind farm. We’re in a situation where yes, it costs more, at least compared to the established fixed-bottom offshore market but potentially there’s an uplift in terms of the generation that you’re able to realise.”

In Gauntt’s opinion, floating wind will be largely driven by the opportunity to deploy offshore wind solutions in more areas. It opens a whole new landscape as it can, in theory, be located anywhere offshore. Not every region has shallow coastal waters, hence floating wind allows for deployment in deeper waters. Southeast Asia for example, would be driven by this factor.

The opportunities for floating wind do not end there however when also considering a range of benefits such as the lower environmental impact, employment prospects, and transfer of existing skills and technology from the oil and gas sector. For certain concepts construction and maintenance could also take place onshore, potentially lowering risks and costs.

Influence of oil and gas investment

The natural overlap from oil and gas (O&G) to offshore renewables and increasing size of O&G offshore wind portfolios is having a real impact in the industry. Westwood analysis shows that developers with O&G roots are going to have a combined portfolio bigger than Orsted’s 19.2GW by the end of this decade. Their influence is being felt throughout the process from bidding rounds to supply chains.

Floating offshore wind structures are heavily dependent on the innovative technology developed for oil and gas. For floating, rather than a fixed structure such as a jacket or monopile attached to the seabed, it is a floating structure on which the turbine is placed, keeping it buoyant. The mooring line is then anchored to the seabed. Floating designs could be broadly developed from O&G technologies such as semisubmersibles, barges, tension leg platforms (TLPs) and spar buoys.

Oil and gas skills are also transferable to offshore renewables. The technical knowledge and skillsets required, for example, in the maintenance and repair of floating structures is not dissimilar to subsea structures, therefore providing a chance to bring resources over from the subsea sector to manage prospective labour shortages.

Floating is not a done deal

One potential risk to the floating wind pipeline is the lack of developer experience. As mentioned earlier there is a considerable pipeline of floating capacity being tracked, most of which are in the concept and planning stages. It is important to recognise that a lot of the capacity proposed is being put forth by developers who do not have offshore wind experience. If considering only the 1GW+ (large scale) floating projects that Westwood tracks, the majority (68%) is being proposed or led by developers that do not have offshore wind experience. A further 21% have a fixed-bottom track record only and the remaining 11% is led by developers that have a floating wind track record.

Installing floating wind farms is a challenge and could cause headaches. For deeper water farms, floating turbines will likely be installed on foundations at the quayside. In theory a Wind Turbine Installation Vessel (WTIV) could be used, then an Anchor Handling Tug (AHT) and subsea vessel for the tow, hook-up and commissioning stage. WTIVs would likely be cheaper than using the alternative Heavy Lift Vessels (HLVs) with cranes of the required lifting height. Also, many potentially suitable HLVs will be above 40 years old by 2030 and not preferable for installation tasks. Quayside assembly sites may be limited due to their maximum installation and assembly capacities and secondly, potential supply chain bottlenecks could arise in the availability of reasonably priced AHTs moving forward. The AHT fleet is ageing faster than newbuild replacements and O&G demand is forecast to rebound thus reducing vessel availability going forward.

Some challenges could have a positive outcome for the industry. For instance, developers and suppliers could partner up to manage costs and help standardise processes in the supply chain where possible, whether it be a shared O&M (operations and maintenance) base or quayside investment.

The floating offshore wind sector really is a fascinating one to watch, offering a wealth of opportunity involving the entrance of new players, new capital, advances in technology but of course with it, a string of new challenges that need to be ironed out. Commercial scale projects are forecast to start coming online towards the end of the decade, with most of the floating wind pipeline operational from 2030 onwards. With this in mind, the future of floating wind is likely to be a post-2030 story in terms of scale of deployment, and one which Westwood will continue to track and analyse extensively.