Egyptian blue has also been found to have a cooling potential for buildings.

The colour developed by Egyptians thousands of years ago, Egyptian blue, has a modern-day application as well — as reported by Berkeley Lab.

The pigment can boost energy efficiency by cooling rooftops and walls, and could also enable solar generation of electricity via windows.

Now, the study, conducted by Berkeley Lab researchers and published in the Journal of Applied Physics, confirms that the pigment’s fluorescence can be 10 times stronger than previously thought. 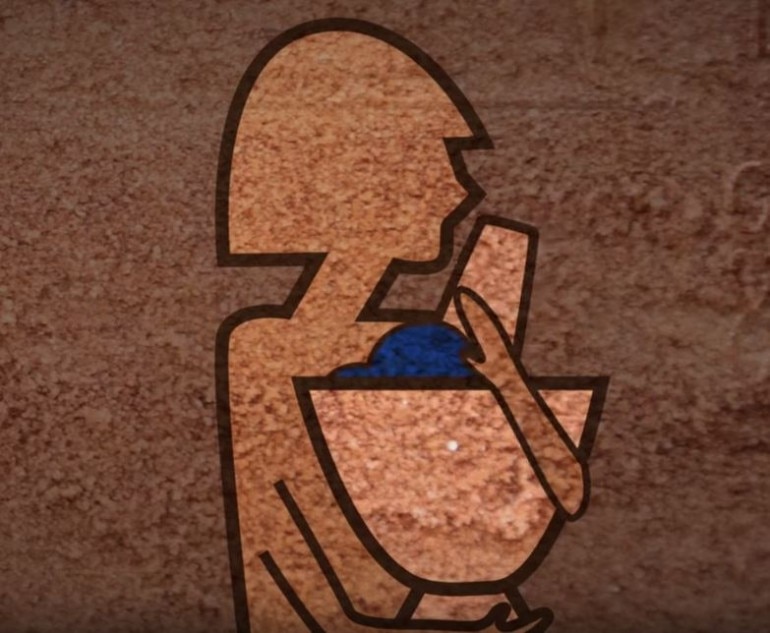 How this potential of the pigment was found

Measuring the temperature of surfaces coated in Egyptian blue and related compounds while they are exposed to sunlight, Berkeley Lab researchers found the fluorescent blues can emit nearly 100 percent as many photons as they absorb.

The energy efficiency of the emission process of Egyptian blue is up to 70 per cent (the infrared photons carry less energy than visible photons).

Is Egyptian blue most effective for cooling rooftops? 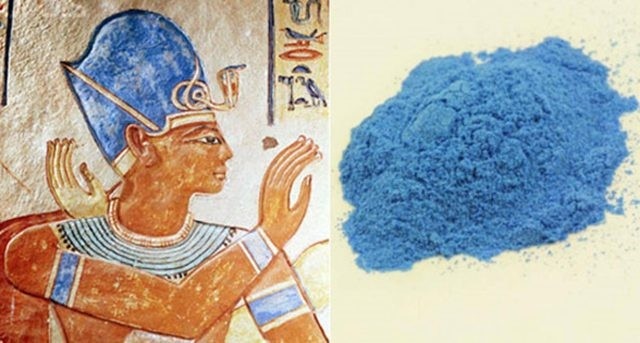 Though white is the most conventional and effective choice for keeping a building cool by reflecting sunlight and reducing energy use for air conditioning, building owners often require non-white colours for aesthetic reasons.

Researchers have already shown that fluorescent ruby red pigments can be an effective alternative to white; this insight on Egyptian blue adds to the menu of cooling colour choices. 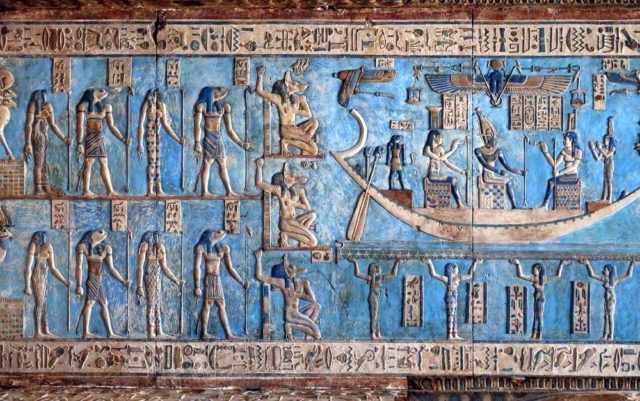 Egyptian blue can be seen on ancient Egyptian literature.

Used on windows tinted with the Egyptian blue, photovoltaic cells on the edges can convert the fluoresced near-infrared energy to electricity.

Why reflecting sunlight is essential By reflecting the sun’s rays back to space, these cool materials also release less heat into the atmosphere, thus cooling the planet and offsetting the warming effects of substantial amounts of greenhouse gas emissions.