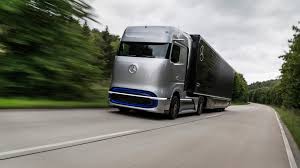 In an interview with Clean Energy Wire, Auke Hoekstra, an academic researcher from Eindhoven University of Technology, says that fuel cell vehicles “won’t ever be able to compete with electric trucks‘ business case.”

Below are three of the key arguments he makes for why battery electric trucks will become the norm, leaving fuel cell vehicles, and diesel wagons in the past.

As he alludes, around 80% of trucks, in the Netherlands at least, travel 750 km (470 miles) per day, at the very most. If you want to haul goods further than this, it starts to get expensive quickly as you’ll need to employ more drivers, and pay overtime.

In reality, most trucks only need to be able to drive 750 km each day. With recent news that Tesla‘s Semi is aiming for a peak range of 1,000 km, it seems the technology is close to where it needs to be for low emission haulage.

Indeed, recently Swedish truck maker Volvo announced that it would start taking orders in Europe for its fleet of electrically powered haulage vehicles. Better yet, we could see these on roads within the next few years, and being first to market matters.

At present, hydrogen fuel cell trucks are for the most part a more distant concept, with demonstration vehicles expected in the next year or so. It’s unclear when haulage companies will actually stand to use them for real.

Infrastructure is simple and cheap

What’s more, the vast majority of truckers these days don’t lead the romanticized lifestyle that Hollywood perhaps suggests. They’re not out on the road for weeks at a time, but perform a few trips per day ferrying goods between ports and distribution terminals, where packages are sorted and moved onto smaller vans for final distribution.

This means that most trucks spend their nights not out on the road, but at distribution centers being packed ready for the morning shift. In other words, it’s the perfect time to recharge the vehicle. So any arguments about needing to be able to refuel on the go as you can with diesel, petrol, or hydrogen become largely irrelevant.

It all seems painfully simple, and it is. Switching to electric trucks requires little change to infrastructure. Assuming the wagons have enough range to complete their entire day’s journey, haulage companies only need to buy some fast chargers for their depots, and upgrade their fleet of trucks.

Hydrogen is difficult to store and requires special containers to do this. Electric infrastructure is already widely available, and attaching a charger to the grid is a compartively simple affair. For fuel cell trucks to work, there needs to be vast changes to national fueling infrastructure, depots will also need to invest great sums into their own fueling hardware to safely refuel their fleets.

Battery trucks are easy to design

Moving away from infrastructure-based arguments for a moment, switching to battery electricity trucks offers engineers new, and beneficial, design opportunities.

It’s quite common for electric vehicles to be quite a bit heavier than their petrol or diesel counterparts. This isn’t necessarily the case with haulage trucks. Ok, ok, I should point out here, we’re making the comparison to gasoline trucks, not hydrogen ones. But even so, hydrogen trucks need high-pressure tanks, fuel cells, and batteries which is all things considered, a more complex design than a big battery and some motors.

Of course, fuel cell trucks still use motors to power the wheels. They just source their electricity from hydrogen rather than from a battery.

According to Hoekstra, designing an electric truck from the ground up can save weight — about three tonnes, in fact.

Electric motors are more compact and can be placed close to the wheels, and engineering is far simpler than having to use fuel cells, complex fuel cell components and high-pressure hydrogen storage tanks. This means that trucks could be more powerful and spacious, reaping the benefits from the torque characteristics of electric motors.

Within five years Hoekstra expects that we’ll have many 40-tonne battery-powered semis with 800 km of range that could carry more cargo than conventional trucks.

With all the developments in battery technology being spurred on by the boom in electric passenger vehicles, electric trucks seem to exist in a far more realistic future thank fuel cell vehicles.

Is Hoekstra is on to something? We’ll be checking out the other side of the argument for hydrogen vehicles in future, so stay tuned. 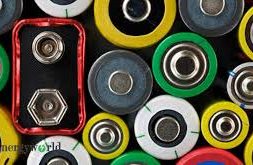