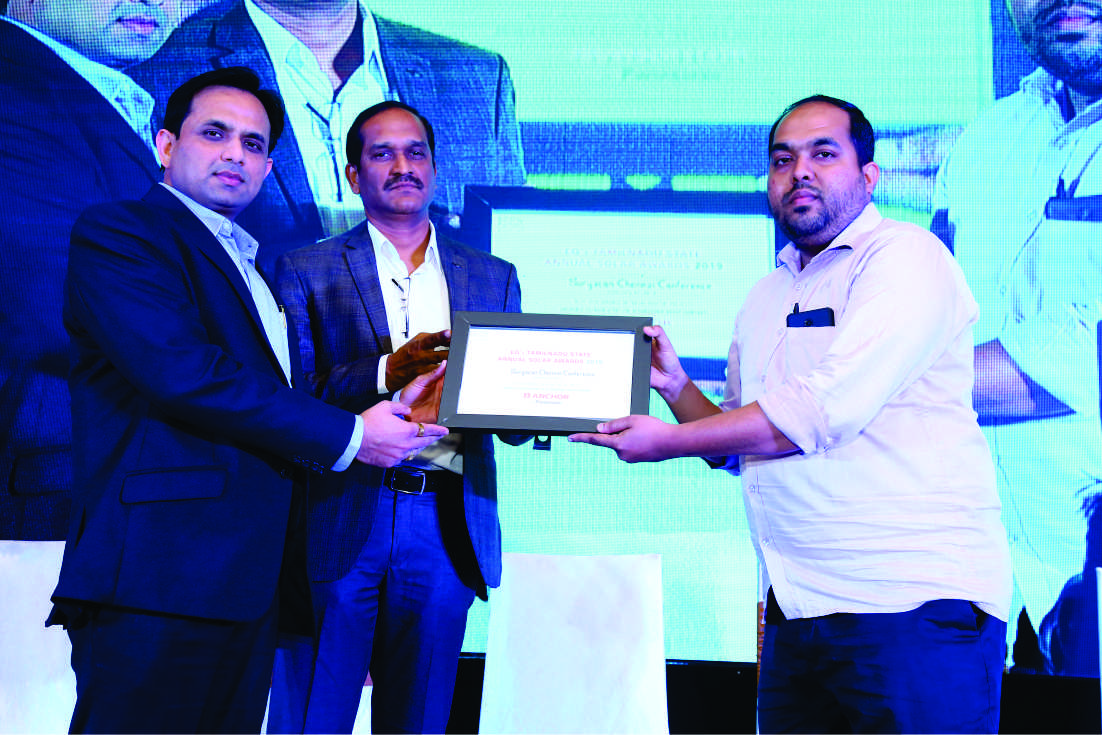 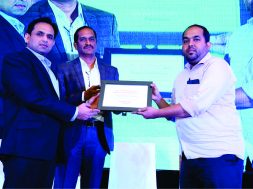 Chennai: Acing the Solar Rooftop Projects category in Tamil Nadu, Anchor Electricals Private Limited has been awarded with the ‘Best Performance in Solar Rooftop Projects for 2018-19’ at the EQ awards at the Surya con conference in Chennai on 27th February, 2019. Anchor has been a pioneer in developing and encouraging utilization of solar power in India for over four decades, having established itself as a forerunner in the rooftop solar space.

EQ International, the oldest solar media house in India stands to fortify solar power in India. In accordance with the same, EQ hosted the EQ Solar Awards, to recognize the contributions of companies which are fostering the growth and implementation of solar power. Chirag Patel, Head – Solar EPC Sales, received the ‘Best Performance in Solar Rooftop Projects 2018-19’award on behalf of Anchor Electricals Private Limited. AEPL has received this recognition for the Rooftop Solar projects of 3000 kWp at one of the leading float glass manufacturing company based at Sriperumbudur and the Rooftop Solar project of 904 kWp with HIT modules at one of the foremost IT company at Siruseri, both in Chennai, Tamil Nadu.

The Government of Tamil Nadu has actively been working towards mitigating with methods conducive to embolden renewable energy generation in the state. With an ever increasing demand for energy, the need to fulfill this demand is increasing manifold. The state is utilizing the available renewable resources viz., Solar, Wind, Biomass, etc. as a viable option, to produce energy thus making Tamil Nadu, one of the leading states to use renewable forms of energy.

On account of the appreciation received, Dinesh Aggarwal, Joint Managing Director, Anchor Electricals Private Limited said ‘This recognition amplifies Anchor by Panasonic’s unremitting contribution to the solar space in India for over five years and globally by Panasonic for over forty years. We have been dedicatedly working to establish high efficiency Solar Modules & high quality engineering to give highest possible generation of energy in a given per sq. meter area.  We will continue to innovate and introduce highly efficient, ground-breaking solar module technology recurrently. We are grateful to EQ International for recognizing and appreciating our efforts in this sphere, and we hope to continue to contribute and work in the solar space vigorously.”

About Anchor by Panasonic:
Headquartered in Mumbai, Anchor electrical Private Limited started nearly five decades ago and became a subsidiary of Panasonic Electric Works (now Panasonic Corporation) in 2007. It is one of the largest domestic manufacturers of electrical construction materials with 8 manufacturing locations and boasts of 28 domestic offices and has employee strength of about 9000. Its sales and operating profit are steadily growing and it ended the last financial year with net sales of INR 29.36 billion. It has a dominant market share in Wiring Devices and it is constantly expanding its product range and growing market shares in Switchgears, Wires, Cables &amp; Tapes, Conduit pipes, Lighting, Solar, Housing, Power Tools and Indoor Air Quality. Anchor aims to double its turnover in the next three years from the existing and some new product categories. Anchor electrical Private Limited was honored by Superbrand for its Wiring Device (Switches) in 2018.

0
0   0
previous Hanwha Q CELLS files patent infringement complaints with the Federal Court of Australia against JinkoSolar and LONGi Solar, following legal action in the U.S. and Germany
next Growatt Recognized as Best Selling String Inverter of the Year