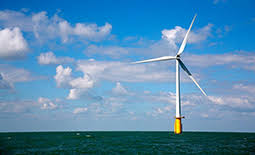 The EIB Group, consisting of the European Investment Bank (EIB) and the European Investment Fund (EIF), has provided a mezzanine guarantee on a €330 million portfolio of mainly Austrian loans to SMEs and mid-caps, originated by Hypo Vorarlberg Bank AG. With this financial support, Hypo Vorarlberg will expand its lending to households, SMEs and mid-cap customers for new highly energy-efficient residential buildings. The transaction is timely and part of EIB Group’s response to support the Austrian economy following the COVID-19 pandemic.

The operation is supported by the Investment Plan for Europe under which the EIB and the European Commission are working together as strategic partners to boost the competitiveness of the European economy. The transaction also underlines EIB Group’s firm commitment in the field of synthetic securitisation in Austria to widen and diversify the scope of cooperation with a view to maximising its impact on the real economy.

Thomas Östros, EIB Vice-President responsible for operations in Austria, commented: “This transaction clearly leverages EIB Group synergies, and strengthens Hypo Vorarlberg’s capacity to increase its lending targeting the construction of new highly energy-efficient residential buildings. The new agreement demonstrates the EIB Group’s determination to deliver on its public commitment of being the EU climate bank, in line with the Paris agreement.”

EIF Chief Executive Alain Godard said: “The EIF is delighted to be signing this synthetic securitisation transaction with Hypo Vorarlberg to support SMEs and mid-caps in Austria and Germany. During these difficult times, it is very encouraging that we have been able to build on our strong relationship with Hypo Vorarlberg Bank in order to provide capital relief that will in turn generate fresh financing for climate-friendly initiatives.”

European Commissioner for the Economy, Paolo Gentiloni, said: “Thanks to this support from the Investment Plan for Europe, Hypo Vorarlberg will be able to increase its lending capacity to households, SMEs and mid-caps for the construction of new energy-efficient homes. This initiative will help the hard-hit construction sector in this difficult time, as well as contributing to the achievement of our climate goals.”

Michel Haller, Chairman of Hypo Vorarlberg’s Managing Board, said: “The second synthetic securitisation of Hypo Vorarlberg will further strengthen our capital base, creating an important prerequisite for the bank to support the regional economy. Thus, the COVID crisis can be overcome in the best possible way and an important impulse for a sustainable construction industry can be given. The securitisation instrument developed in conjunction with the EIB and EIF is thus important and forward-looking for the bank’s capital and credit risk management.”

Hypo Vorarlberg Bank AG (Hypo Vorarlberg) is a regional bank that offers a comprehensive range of retail and corporate banking products and services. In Austria Hypo Vorarlberg operates through a network of 18 branches. Internationally, the bank serves customers in the adjacent Lake Constance region (Germany and Switzerland) and through its leasing subsidiaries in Northern Italy (Bolzano).