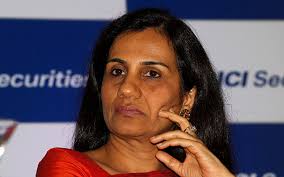 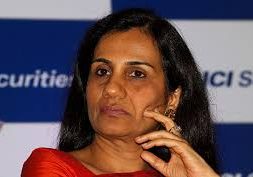 MUMBAI: India’s federal investigating agency has filed a case of criminal conspiracy and fraud against the former ICICI Bank CEO Chanda Kochhar and her husband Deepak Kochhar, a statement from the Central Bureau of Investigation (CBI) showed on Thursday.

The CBI case is the latest twist in a saga that has dogged ICICI and its former chief executive for months and was instrumental in her decision to step down at the Indian bank last October.

The agency alleges that ICICI Bank, under Kochhar, sanctioned “high value” loans to Videocon Industries, violating the bank’s lending policies, in exchange for an investment by the consumer electronics company’s owner in a business headed by Kochhar’s husband.

In the first information report (FIR), a copy of which was reviewed by Reuters, the CBI said it might also investigate current and former ICICI group officials, including CEO Sandeep Bakshi, who were a part of the loan sanctioning committee.

The CBI also filed a case against Venugopal Dhoot, the managing director of the Videocon group and two of Videocon’s subsidiaries.

Former CEO Kochhar has been accused of cheating ICICI of 17.3 billion rupees ($243.2 million), now classed by the bank as non-performing assets.

The CBI accused Kochhar of dishonesty and “abusing her official position” by sanctioning the loan to Videocon.

The FIR said that Kochhar, through the bank’s sanctioning committee, extended credit lines worth 32.5 billion rupees to various entities of the Videocon group in breach of lending policies prescribed by the Reserve Bank of India.

The CBI also alleges that Dhoot made a 640 million rupee investment in Nupower Renewables, a company headed by Kochhar’s husband.

Chanda Kochhar, Deepak Kochhar and Venugopal Dhoot were not immediately reachable for comment.

ICICI Bank did not respond to requests for comment and Videocon officials were not reachable for comment.

Earlier in the day the CBI raided multiple locations owned by Videocon Industries and Nupower, a CBI source said.