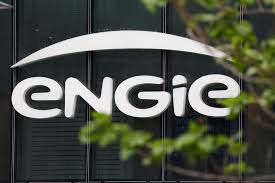 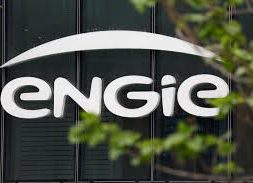 PARIS: Utility Engie is poised to cut back its geographical spread of businesses and focus on grids and renewables in a 1 billion euro cost-cutting drive to bolster revenues, sources familiar with the matter said.

Engie has been criticized for being too complex and conglomerate-like and CEO Isabelle Kocher is expected to address this in a 2019-2021 corporate strategy plan to be announced next Thursday, when the company also releases 2018 results.

Two sources with knowledge of the company’s plans said Kocher was likely to scale back the number of countries Engie operates in – it is present in some 70 countries – notably in central Europe.

Both said Kocher would focus the gas and power group more strongly on grids and renewables after selling some 15 billion worth of fossil-fuel related assets in 2016-18.

One of the two sources, a union official, said Kocher would aim to cut costs by 1 billion over three years, extending a 1.3 billion euro cost reduction plan in 2016-18.

Engie will also need to acquire at least one well-established, cash-generating business too make up for cash flow lost in its move away from fossil fuels, two sources, including a banker, said.

“The plan will have to involve major acquisitions. The planets are aligned, but the target remains to be decided,” one of them said.

Engie cut is net debt to core earnings ratio to 2.2 at the end of 2017 from 2.5 two years earlier. It can further boost its financial firepower by selling part of its 75 percent stake in French gas transport firm GRTgaz, which will become possible under the government’s new “Loi Pacte” law.

Engie declined to comment on strategy or potential targets ahead of next week’s presentation.

More than anything, Kocher and new chairman Jean-Pierre Clamadieu have to come with plan that reduces Engie’s conglomerate discount and boosts its shares. This is because the government’s plan to cut its 23.64 percent holding will remove Engie’s best defense against activist investors.

“For now, the state’s presence is a deterrent for activist investors, but once it leaves, Engie becomes a possible target,” said an investment banker familiar with the company’s thinking.

Activist investor Elliott Management’s acquisition of a 2.5 percent stake in drinks firm Pernod Ricard in December has focused minds across France’s CAC40 bluechip index on the need for a clear strategy, attractive valuation and close relationships with major shareholders.

At German rival Uniper, the presence of Elliott and activist investor Knight Vinke has become a source of tension in the company’s relationship with Finnish shareholder Fortum.

Engie’s deeply discounted stock price shows the valuation potential of splitting off some of the group’s assets.

With a 0.95 price/book ratio, Engie is the second-most undervalued share in the Stoxx European utilities index, with only Uniper more undervalued by that measure, Refinitiv Eikon data shows.

“Engie’s conglomerate discount is due to its complexity,” one banker said.

A large UK-based institutional investor said the company was “a black box”, incomprehensible to investors.

Belgium plans to phase out nuclear energy by 2025, which will leave Engie the decades-long expensive task of decommissioning its seven nuclear plants there.

“When an activist takes aim at a company, it is usually because he sees something that management doesn’t. But I don’t see what solution an activist could bring for Belgian nuclear,” the banker said.