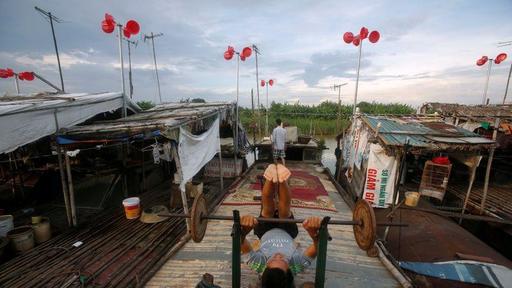 The total installed solar power generation capacity is expected to exceed 8,000 megawatts (MW) by the end of 2020 from 5,053 MW as of July, the Vietnam Energy Association said.

Facing an imminent electricity shortage, Vietnam is developing renewables, along with LNG-to-power and coal-based projects, as hydropower has been almost fully tapped while oil and gas production has peaked. Plans to build nuclear power plants were scrapped in 2016.

Below are some of the largest projects that have become operational or are under construction.

Where: central province of Ninh Thuan

Status: Construction which started in March is scheduled to be completed by October.

Where: southern province of Tay Ninh

Status: In operation since June 2019

Where: central province of Binh Dinh

Status: Under construction. Scheduled for completion by end-2020

Status: In operation since April 2019

Where: central province of Phu Yen

Status: In operation since June 2019

Where: southern province of An Giang

Status: The first phase of 104 MW started power generation in July 2019. Construction of the second 106 MW phase began in September.

Status: Construction started in August 2016 and is scheduled to be completed by the fourth quarter this year.

Where: Southern province of Soc Trang

Status: Construction of the plant began in March. Its first phase of 30 MW is scheduled to start power generation in 2021.

Where: Southern province of Bac Lieu

Status: Construction started in July and scheduled to be completed by November 2021.

Status: The first phase of the project started power generation in 2013 and the entire project from 2016.

Where: Southern province of Tra Vinh

Status: Construction started in March. Its first turbine will start power generation early 2021 and the entire project by mid-2021.