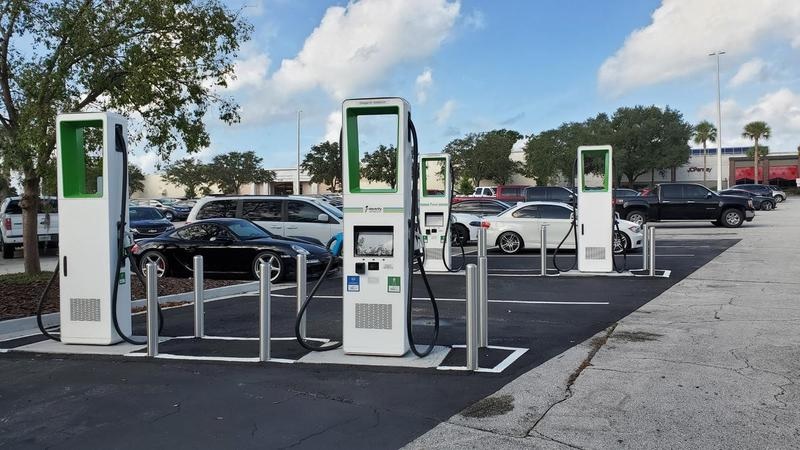 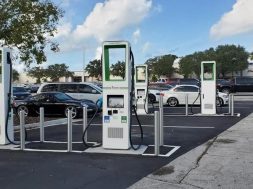 The governor said the funding will expand the state’s charging stations by 50% along Florida’s most traveled corridors.

“This long-term investment in electric vehicle charging infrastructure is a win for our state on multiple levels,” said DeSantis. “Not only will these charging stations promote reduced emissions and better air quality, they will also improve mobility and safety for the ever-increasing number of Floridians that drive electric cars. I look forward to building on this investment and continuing our work to improve Florida’s environment and transportation infrastructure.”

DC fast chargers, also known as Level 3 chargers, can recharge electric cars much faster than J-1772 Level 2 chargers, which are commonly found in shopping centers and other areas. Among the latest generation of faster-charging cars, the Porsche Taycan can charge to 80% capacity in under 23 minutes using the fastest currently available Level 3 chargers, according to the automaker. A Zero Motorcycle SR/F and Chevrolet Bolt are pictured charging at a Level 2 charging station in St. Augustine.

Although the electric car market remains dominated by Tesla, more automakers are introducing EVs. Among the recent models introduced are the Mini Cooper SE, Audio E-Tron SUV and Hyundai KONA. Electric motorcycles are also becoming more common with Harley-Davidson, Zero Motorcycles and Energica all selling EVs in the U.S. Mini says its Cooper SE will recharge to 80% in 36 minutes using a DC fast charger.

Automakers such as Ford, Chrysler and BMW are also introducing a growing number of plug-in hybrid automobiles that typically run on electricity for the first 15 to 50 miles and then operate as a hybrid, using a mix of gas and electricity until they are recharged. Most plug-in hybrids use Level 2 chargers.

Florida got $166 million as part of its share of the Volkswagen “Dieselgate” settlement, according to the governor’s office. Some of that money is also going to purchase electric buses for select school districts and transit agencies. Charging station maker Electrify America, which has been funded with money from the VW diesel pollution settlement, has been building the greatest number of Level 3 chargers in the U.S., outside of Tesla, which uses a proprietary fast-charge system. Electrify America recently completed its first cross-county, fast-charging EV route and is currently working on finishing up its second cross-country route, which includes a now operational Jacksonville station at the Avenues Mall. A Cadillac ELR plug-in hybrid is pictured charging at WJCT Public Media, which received a grant for the station from the North Florida TPO.

On the First Coast, dozens of Level 2 charging stations have been added over the past few years – including one at WJCT Public Media – through grant money administered by the North Florida Transportation Planning Organization.

“As the first member of the Legislature to drive a fully electric vehicle, I know not only the positive effect these cars can have on the environment, but the importance of having a solid infrastructure to leverage their growth,” said state Rep. Randy Fine, R-Palm Bay. 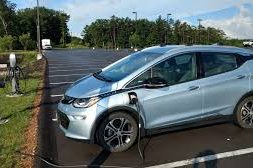 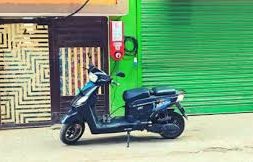