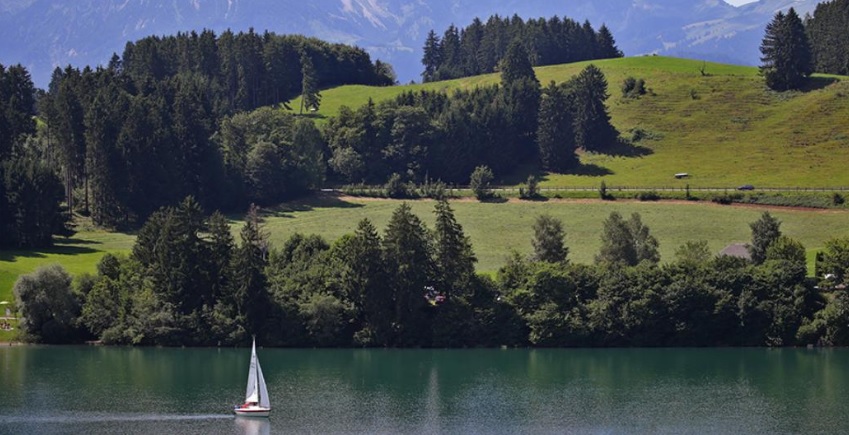 Parliament wants the Green Deal to be at the core of the EU’s Covid-19 recovery package. Find out more about this roadmap for a climate-neutral Europe.

During the coronavirus pandemic economic activity slowed, causing a reduction in carbon emissions but leaving the EU facing recession. In a resolution adopted on 15 May 2020, Parliament called for an ambitious recovery plan with the Green Deal at its core.

In response, the European Commission came up with Next Generation EU, a €750 billion recovery plan. The plan, along with the next EU long-term budget which still needs to be approved by member states and Parliament, aims to build a greener, more inclusive, digital and sustainable Europe and increase resilience to future crises such as the climate crisis.

In November 2019, the Parliament declared a climate emergency asking the Commission to adapt all its proposals in line with a 1.5 °C target for limiting global warming and ensure that greenhouse gases emissions are significantly reduced.

In response, the new Commission unveiled the European Green Deal, a roadmap for Europe becoming a climate-neutral continent by 2050.

Find out about EU’s progress towards its climate goals.

The first steps under the Green Deal

In January 2020, the Commission presented the Sustainable Europe Investment Plan, the strategy to finance the Green Deal by attracting at least €1 trillion worth of public and private investment over the next decade.

The Just Transition Mechanism, which should mobilise at least €100 billion over 2021-2027, will help alleviate the socio-economic impact of the transition on workers and communities most affected by the shift. In May 2020, the Commission proposed a public sector loan facility to support green investmentsin regions dependent on fossil fuels. It still has to be approved by the Parliament.

In March 2020, the Commission proposed the European Climate Law, a legal framework to achieve the 2050 climate neutrality goal. In January, Parliament had called for more ambitious emission reduction targets than those initially proposed by the Commission. The EU executive is expected to come up with a revised interim target for 2030 later in 2020.

In March 2020, the Commission presented a new Industrial Strategy for Europe to ensure that European businesses can transition towards climate neutrality and a digital future.

As 99% of European firms are small and medium-sized enterprises (SMEs), accounting for 50% of the ‘s gross domestic product and responsible for two out of three jobs, the Commission also proposed a new SME Strategy, encouraging innovation; cutting red tape and allowing better access to finance.

In addition the Commission presented the EU Circular Economy Action Plan in March, which includes measures along the entire life cycle of products promoting circular economy processes, fostering sustainable consumption and guaranteeing less waste. It will focus on:

Find out more about EU measures on the circular economy, and how the Parliament fights plastic pollution.

The food sector is one the main drivers of climate change. Even though EU agriculture is the only major farm sector worldwide to have reduced its greenhouse gas emissions (by 20% since 1990), it still accounts for about 10% of emissions (of which 70% are due to animals).

The Farm to Fork Strategy, presented by the Commission in May 2020, should guarantee a fair, healthy and environmentally friendly food system, whilst ensuring farmers’ livelihoods. It covers the entire food supply chain, from cutting the use of pesticides and sales of antimicrobials by half and reducing the use of fertilisers to increasing the use of organic farming.

Find out how the Parliament is combatting pesticides in food.

At the same time the EU aims to tackle the loss in biodiversity, including the potential extinction of one million species. The EU Biodiversity Strategy for 2030, unveiled in May, aims to protect nature, reverse the degradation of ecosystems and halt biodiversity loss. Among its main objectives are:

0
previous COMMUNICATION FROM THE COMMISSION TO THE EUROPEAN PARLIAMENT, THE COUNCIL, THE EUROPEAN ECONOMIC AND SOCIAL COMMITTEE AND THE COMMITTEE OF THE REGIONS
next Draft Electricity Amendment Bill: Centre crosses federal boundaries