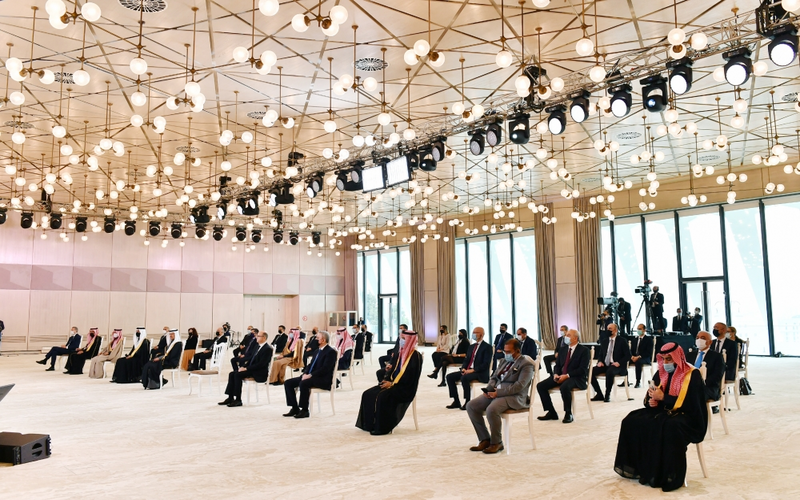 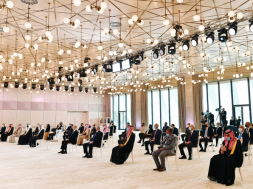 Baku, Azerbaijan: The Azerbaijani Ministry of Energy and ACWA Power held a groundbreaking ceremony for the 240 MW wind power plant with an investment value of SAR 1.125 billion (US$300 million), following the signing of power purchase, investment and transfer agreements according to an independent power generation project model.

The ceremony was attended by His Excellency President Ilham Aliyev, President of the Republic of Azerbaijan, His Royal Highness Prince Abdulaziz bin Salman bin Abdulaziz Al Saud, Minister of Energy of Saudi Arabia, His Excellency Mr. Parviz Shahbazov, Minister of Energy of the Republic of Azerbaijan, Mr. Balababa Rzayev, President of “Azerishiq OJSC” and Mr. Mohammad Abunayyan, Chairman of ACWA Power, along with senior executives.

The project represents the first and largest foreign investment made in Azerbaijan’s renewable energy sector to date and contributes to the country’s target to generate 30 percent of its energy through renewables. By Q4 2023, the project will contribute an estimated 3.7 percent of energy to Azerbaijan’s total national grid capacity, powering 300,000 households while offsetting 400,000 tonnes of emissions.

the wind project reflects the strategic partnership between the Kingdom of Saudi Arabia and the Republic of Azerbaijan in various fields, especially the energy sector. In addition to the two countries’ long-term diplomatic and economic relations, cooperation between them has been strengthened in recent years as Azerbaijan became a member of OPEC+, affirming the depth of the relationship especially in light of the (Covid-19) pandemic where Azerbaijan, along with the other participants in the agreement, played a vital role in reinforcing the stability and balance of global oil markets amid the crisis

His Highness added that the project, whose agreements were signed at the end of 2020, is a building block in the countries’ bilateral relations, and reflects the commitment of KSA and Azerbaijan to enhance the utilisation of numerous energy fields, especially renewable energy. His Highness expressed his confidence in ACWA Power’s ability, one of the world’s leading companies in the clean energy field, to fortify the cooperation between the Kingdom and Azerbaijan, and support the Azerbaijani government’s efforts to meet its national power needs at the highest global standards and competitive costs.

We are pleased to see that private companies from outside Azerbaijan invest in our country. These investments leverage global expertise by sharing international best practice, support human capital development and enable knowledge transfer into the country. The integration of local suppliers and subcontractors in the development of this remarkable project will elevate national competency in green projects and equip our workforce with the expertise needed to compete with international players. ACWA Power is also committed to the adoption of high standards for health, safety, security and environment, which results in optimised value creation at every step of the business cycle

Parviz Shahbazov, Minister of Energy of the Republic of Azerbaijan

As part of ACWA Power’s commitment to deliver socio-economic value to communities it operates in, the company devised a robust training programme dedicated to boosting knowledge transfer and arming local talent with the skillset needed to drive future clean energy projects in Azerbaijan. The project will localise the use of talents and utilise local contractors that adhere to world-class health and safety standards.

Groundbreaking on the first and largest foreign investment in Azerbaijan’s renewable power sector is one of our most noteworthy accomplishments and a testament that we have succeeded despite the challenges imposed by the pandemic globally. Today’s momentous occasion confirms ACWA Power’s ability to transfer its leadership to global markets that are witnessing high growth as a result of their operational excellence and technical expertise. We are confident that our partnerships with reputable international investors in this pioneering project will ensure its implementation at an accelerated pace. I would like to take this opportunity to express my sincere appreciation to the Ministry of Energy in Azerbaijan for its confidence in ACWA Power’s capabilities to implement this project, which will pave the way for achieving the ambitious plan of the Azerbaijani government to reduce carbon footprint by 2030 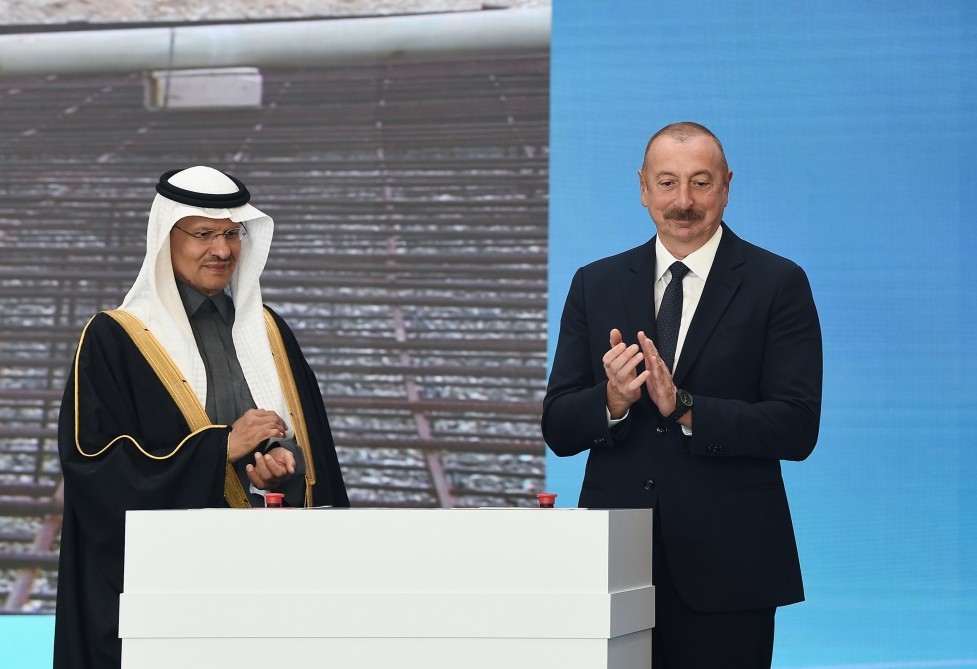 “Beyond the project’s role in supporting the Azerbaijani government’s efforts to raise the share of renewable energy in the energy mix, we aim to further generate long-term value for the country by developing local content and talent through acquiring the skills and capabilities necessary to achieve the vision and objectives of the Azerbaijani government in the renewable energy sector,” he added.

The wind project is an important step in Azerbaijan’s energy diversification plans and will help meet the growing power demand in the country as it continues to invest in economic growth and sustainable development.

At the ground-breaking ceremony, ACWA Power also signed an MoU for an offshore wind project with the Ministry of Energy, highlighting its ongoing strategic partnership and commitment to developing the energy sector in Azerbaijan.