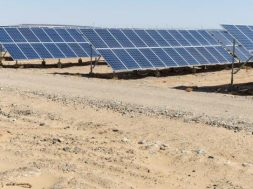 The fundamental approach to solar taken up by the government was brought to question at the State of Renewable Energy in India, 2019 conference in New Delhi earlier this week

The vast sea of panels shimmering in the desert is a visual exemplification of the solar success story in India — photovoltaic panels in barren lands generating clean electricity for a power-hungry country. For the most part, this vision has been good.

Solar parks in Bhadla (Rajasthan), Anantapur (Andhra Pradesh) and Pavagada (Karnataka) are host to over 2 gigawatt (GW) solar parks. But land acquisition has always been a tricky affair.

In Karnataka, solar developers still reportedly face hurdles in converting agricultural land to industrial. It has become problematic even in the fringes of the Thar Desert in Bhadla, as reported in October 2018.

Long-term leasing agreements were introduced to bypass the hurdle. Most parks, developed by nodal government agencies, identify low-yield land and lease it from the farmers on 25-to 28-year-agreements, a win-win situation for everyone involved as the farmer has a steady flow of income.

But in practice, the land acquired by developers isn’t always “barren”. With no clear penalties and regulations that draw the line on land quality, fertile cultivable land is often procured to build solar power plants.

“While ideally there is the desire to use barren land, factors such as availability, distance from the substation and other acquisition challenges come into play. If the land is only 2-3 per cent of the total cost and there is a tight deadline to complete these projects, developers pay 50 per cent more for fertile land that matches the other requirements to ensure that the project is completed on time,” he adds.

The fundamental approach to solar taken up by the government was brought to question at the State of Renewable Energy in India, 2019 conference in New Delhi earlier this week.

“Why are we hedging the solar sector on land intensive utility-scale projects rather than focus on decentralised, rooftop or building-integrated small-scale solar?” asks Chandra Bhushan, deputy director general of Delhi-based think tank Centre for Science and Environment.

“It is a case of mistaken policy prioritisation,” says Vinay Rustagi, managing director of Gurugram-based solar consultancy Bridge To India.

“To develop decentralised and rooftop solar, and more solar pump capacity, a much more concerted, deep, invasive policy effort is needed to provide the right information to the consumers and enable the right kind of business model. The government has taken the easy approach by backing large-scale solar,” he adds.

Even in cases where the land leased has low agricultural yield, farmers are still left feeling uneasy. Farmers are now reportedly left with uncertainty regarding the future of their land, even as the lease expires.

It is unclear what the terms of engagement will be with future government administrations and developers. As they face day-to-day unemployment, there is now a growing feeling that they would have been better served by investing instead on irrigation to improve yield.

This is in stark contrast to wind farms that allow the farmers to continue cultivating even as the wind turbines produce electricity.

More recently, the government is exploring options to allow simultaneous agricultural cultivation by increasing panel height. But it is unclear how this will pan out. Growing crops under the shade of panels will severely limit options for the farmers.

Developers, too, might have to face engineering difficulties and project cost escalation as higher height will require re-engineering of the panel support and tracking mechanisms.

It remains to be seen if the government resorts to penalties or other enforcement regulations to limit solar panels to the truly barren, uncultivable terrain.