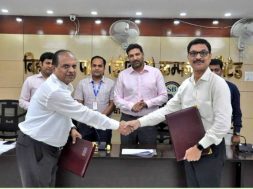 Police said here that extremists of outlawed CPI (Maoist) blew up the solar plant by dynamite after making two employees of the solar power plant captives on gun point. Outlaws thrashed the employees when they resisted their unlawful activity. Extremists also set aflame the project office before making their escape good.

Police said the reason behind ultras’ unlawful act was not immediately known but they might have blew up the solar plant after the company management had refused to meet their extortion demand.

SP (Naxal) Arun Kumar along with police personnel from Amas police station had rushed to the spot and a massive combing operation was on to nab the ultras.