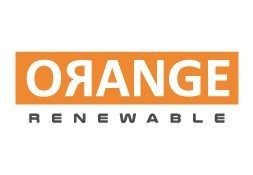 This Corporate PPA between Orange France and Boralex is the first large-scale renewable power purchase agreement signed by Orange in France.

Boralex, a pioneer in renewable energy and France’s leading independent producer of onshore wind power, will supply Orange with 67 GWh/year of renewable electricity generated by the 26 wind turbines at the Ally-Mercoeur wind farm in the Auvergne Rhône-Alpes region). The implementation of this five-year agreement will begin on January 1, 2021. The agreement will cover all the electricity produced by the wind farm, which has an installed capacity of 39 MW.

This agreement illustrates Orange’s ambitions for the energy management and sustainability of its networks as the volume of data transmissions continues to grow.

When it presented Engage 2025, its new strategic plan, Orange made a major commitment to respond to the climate challenge: it will seek to anticipate the objectives of the GSMA[1] by 10 years, with a net zero carbon footprint by 2040, despite the increase in network data transmissions.

This will involve increased use of renewable energies, which by 2025 will account for more than 50% of the electricity consumed by the Group. It will also involve an unprecedented effort in energy efficiency. Between now and 2025, Orange will strengthen its Green ITN program to reduce the energy consumption of its networks and increase the number of electrified vehicles in France ten-fold. It will also rely more on the circular economy with, for example, products that reflect an eco-design approach, used network equipment and more used terminals available in shops.

For Boralex, this agreement, the first with a CAC40 company, is a significant step in the deployment of its strategic plan up to 2023, of which the sale of green power to electricity-consuming businesses is a major component. The agreement signed with Orange allows the Ally-Mercoeur wind farm to enter a new phase and secure the sale of its electricity at the end of its current purchase obligation contract, which will end in December 2020. The signing of this agreement also illustrates the quality of Boralex’s production facilities and of its industrial expertise in maintaining its assets and extending their life beyond the initial purchase obligation contracts.

Statement by Fabienne Dulac: “Orange France has set an ambitious target of being net zero carbon by 2040 and has made improving the energy performance of its networks a major focus of its Engage 2025 strategic plan. In recent months, at a time when the networks have been more crucial and in greater demand than ever, I am particularly proud of this agreement, which illustrates our commitment as one of the economic players paving the way in France on PPAs and thus contributing to our country’s energy transition.”

Statement by Nicolas Wolff: “Our objective was to develop a partnership approach with Orange, one that would create value for both our groups. That is what we have done. We are pleased to see the name Boralex associated with Orange France. This Corporate PPA demonstrates our ability to bring real solutions to companies envisioning their Energy Transition.” Please find a selection of photos of the wind farm to download on the following link: https://we.tl/t-cNRGgYeNHk

About Orange
Orange Group is one of the world’s leading telecommunications operators, with 42 billion euros in sales in 2019 and 145,000 employees at March 31, 2020, including 85,000 employees in France. Present in 26 countries, the Group has a total customer base of more than 253 million customers at March 31, 2017, including 208 million mobile customers and 21 million fixed broadband customers worldwide. Orange is also a leading provider of global IT and telecommunication services to multinational companies, under the Orange Business Services brand. In December 2019, the Group presented Engage 2025, a new strategic plan guided by social and environmental responsibility that will reinvent its business as an operator. While accelerating in growth areas and territories, and placing data and AI at the heart of its innovation model, the Group intends to be an attractive and responsible employer, one that serves the needs of emerging businesses.

Orange and all other Orange products or services mentioned in this press release are trademarks owned by Orange or Orange Brand Services Limited.

About Boralex
Boralex develops, builds and operates renewable energy power facilities in Canada, France, the United Kingdom and the United States. With an installed capacity of 2,040 MW, Boralex is a leader in the Canadian market and France’s largest independent producer of onshore wind power. Boralex is recognized for its solid experience in optimizing its asset base in four power generation types: wind, hydroelectric, thermal and solar. Boralex ensures sustainable growth by leveraging the expertise and diversification it has developed over the past 30 years. Boralex’s shares are listed on the Toronto Stock Exchange under the ticker symbol BLX. More information is available at www.boralex.com or www.sedar.com. Follow us on Facebook, LinkedIn and Twitter.

0
previous NextEnergy Capital acquires from IBC SOLAR its first asset in India, a 27.4MWp solar PV project in Odisha
next New Voyage of SOFARSOLAR: Open the Window Period of Photovoltaic Storage Development with Ingenuity and Concentration