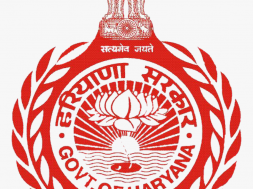 CHENNAI: In a first, the demand for renewable energy certificates exceeded the supply, in the trading session of Wednesday. This has brought cheer to wind energy companies that have put up wind power plants on the assumption that they would augment their incomes by selling the certificates.

RECs are market-tradeable certificates issued to those renewable energy companies that opt not to sell electricity at preferentially higher prices to energy utilities that supply power to consumers. These instruments are traded on the two energy exchanges in the country – IEX and PXIL – on the last Wednesday of every month and are bought by ‘obligated entities’–typically energy utilities or large consumers such as cement and steel plants, who have an ‘obligation’ to buy a specified quantity of power from renewable sources, or, if they are unable to do so, buy the RECs.

However, the trend started reversing in the last three months. On Wednesday, the last trading session of the year, 2.78 million RECs were offered for sale, against a demand for 2.94 million, and 2.76 million RECs changed hands. (The sell bids exceeded the volume actually sold by about 15,000 RECs, because some bidders bid more than the minimum price of ₹1,500, and some offered their instruments for sale but did not want to sell.)

“In this trading session, we were short of supply, something that has not happened in the last 4 years,” says Rajesh Mediratta, Director, Indian Energy Exchange. He says the year began with an inventory of 1.3 crore RECs, and more certificates were generated during the year, but now the inventory is down to about 15 lakh.

The total trade was worth ₹440 crore. However, the sellers will get only two-thirds of the amount, as the rest will be held in an escrow account, until the Appellate Tribunal for Electricity decides whether the price of REC should be ₹1,500 or ₹1,000. (Trading in ‘solar REC’, or certificates given to solar energy companies, has been stayed by the Supreme Court.)

NSE-listed Orient Green Power sold close to 7 lakh certificates for about ₹100 crore this year. “We have completely liquidated our stocks of RECs,” says S Venkatachalam, Managing Director and CEO of the company. Other companies that benefited from REC buoyancy include Techno Electric, IL&FS and many sugar companies in UP. The good run is expected to continue. “There is still high demand waiting to be fulfilled,” says Vishal Pandya, who runs REConnect, a consultancy, whose clients accounted for a third of Wednesday’s trade. Vishal attributes the pick-up to better obligation enforcement in, notably, Karnataka, Maharashtra, Rajasthan and Punjab.

Despite the enforcement-led pick-up in REC trade, it is difficult to see the market for the instruments exploding. At present, some 4,400 MW of wind and solar plants are under the ‘REC mechanism’, these plants will generate RECs every year.

However, no fresh renewable energy capacity is coming under REC, because the industry has decisively moved towards tariffs determined competitively through bids, where there is no question of RECs.