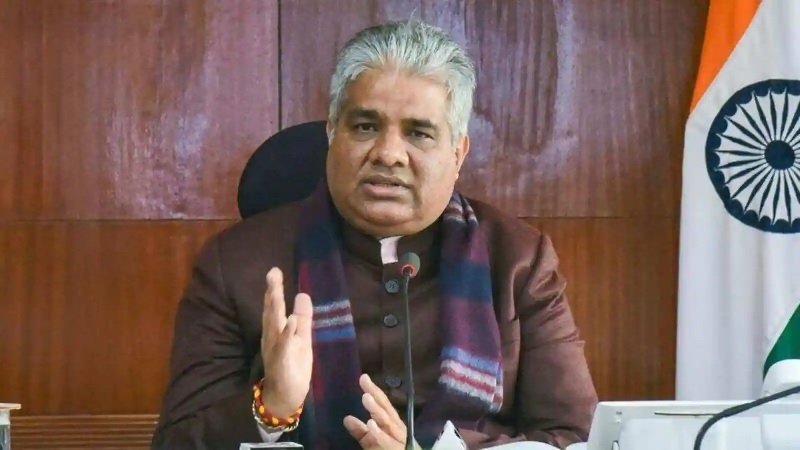 Speaking virtually at a private event, the minister said several companies have announced net-zero ambitions over the past year.

“The private sector plays an important role in our journey towards net zero. Since bulk of the emissions come from industries, any climate action will need to reduce or offset emissions that emerge from the industrial and commercial activity.

“Private sector players have already woken up to this reality and are already playing a key role in this climate fight. Rising number of companies have announced net-zero ambitions over the last year. Climate action will not only transform industries, but also likely reshape how investment choices are made and where money flows,” Yadav said at an event to mark 27 years of a private equity firm.

The minister said India’s announcement of net zero at COP 26 in Glasgow in the UK is a major step considering the country is “not the cause for climate change and has not been a historical contributor to the greenhouse gas emissions.”

“We are committed to the sustainability agenda but also assertive that in order to reach net zero globally, developed countries should take the lead initiative as per the provisions of the Paris Agreement.

“We have used COP26 and other multilateral platforms to urge developed countries having capacities, high per capita emissions as well as historical responsibilities, to undertake more aggressive steps to reach net zero,” he said.

However, UK COP 26 President Alok Sharma had later said that the summit kept alive the ambition to limit global temperature rise to 1.5 degrees Celsius but it was a “fragile win”, and he called for rapid global action.

Now, in a bid to take forward the Glasgow pact of the 26th climate summit held in November last year, Sharma will be visiting India from February 10-13, 2022, official sources said on Sunday.

Sources said that the British High Commission has informed the Ministry of External Affairs about the date of Sharma’s arrival and requested its assistance in arranging his meeting with Prime Minister Narendra Modi, Environment Minister Bhupender Yadav, External Affairs Minister S Jaishankar and several other ministers.

Sharma will be visiting New Delhi and Mumbai, sources said, adding that the ministry has been requested to grant the COP 26 president and his delegation exemption from any COVID-19 quarantine requirements.

It also sought exemption for the delegation from the seven-day quarantine following the receipt of their negative test result, sources said.

“The Commission has also requested that in the event that the COP President or a member of their delegation were to test positive upon arrival in India, the affected member would be allowed to self-isolate on the British High Commission compound for the required period of isolation,” a source said.

0
0   0
previous Engineering Goods exports register a stupendous growth of 54% and jump to USD 81.8 Billion during April-December 2021 as compared to USD 52.9 Billion during same period in the previous year (2020) - EQ Mag Pro
next APTEL to hear NTPC plea against CERC nod to Delhi Discoms to stop buying costlier power from Dadri I plant - EQ Mag Pro