Joe Athialy, executive director of CFA, said, “It seems like the government and public financial institutions are living in a bubble devoid of market forces. The shift against coal and towards solar and wind is quite well established in the financial markets now and investing in coal has and will expose public banks to further bad loans.”

Over 70 per cent (Rs 43,544 crore) of lending for coal was refinancing of existing debt for projects that have already been built or are under construction. Only a minority of lending to the coal-fired power projects, Rs 17,224 crore (28 per cent), involved the establishment of new credit, typically intended to fund new projects.

The deals that attracted the most lending in 2017 were all coal-fired power projects and were concentrated in a few states.

Were these loans to stressed or stranded assets?

Indian banks, especially the public-sector banks have been reporting very high levels of NPAs recently, after the Reserve Bank of India (RBI) made the bad debt recognistion norms stricter. Over the past four years, PSU banks have written off bad debts worth Rs 272 lakh crore. RBI projects gross non-performing assets (GNPAs) of the PSBs to reach a massive 15.3 per cent by September 2018. State Bank of India (SBI), India’s largest bank, reported its biggest ever quarterly loss in March 2018, on the back of a rise in GNPAs to Rs 223 lakh crore. A large source of bad debts in the Indian banking systed is the power sector. In September 2017, power sector accounted for Rs 11.7 lakh crore, or 15 per cent of the total credit of Rs 77.9 lakh crore.

Despite the high incidence of bad loans, banks are still lending to the sector – some of them even stressed assets. Out of the 12 power plants that received funding in 2017, at least two were stressed and one (Raikheda Power Station) was even highlighted as stressed in the Parliamentary Committee findings.

In contrast to coal lending, half of the top 10 lenders to 60 renewable power projects (solar and wind) were commercial financial institutions such as L&T Finance Holdings, Yes Bank, IndusInd Bank, IDFC, PFS, as opposed to majority government-owned banks. 76 per cent of RE project finance was primary finance and 24 per cent was refinancing of existing project indicating a vast growth in new RE projects in 2017.

All the lending identified was concentrated in 14 states. Of these, only two attracted no renewables lending; Jharkhand and Uttar Pradesh. States with significant renewables lending such as Karnataka, Punjab, Tamil Nadu and Telangana had no coal lending. Projects in Uttarkhand and Odisha received minimal lending overall, with no loans to coal-fired power projects and little to renewables.

In states such as Gujarat, renewables lending outpaced coal lending more than four-fold. In most other states with both coal lending and renewable energy lending, coal lending was higher than renewable lending. Chhattisgarh provides an extreme example, where coal-fired power projects attracted almost 10 times that of renewables projects in 2017.

This analysis included lending to renewable energy generation projects, encompassing hydroelectric, geothermal, wave, wind and solar power projects. However, of these different energy sources, only lending to wind and solar projects was identified in the review.

The analysis identified lending to 41 solar power projects and 19 wind power projects. The majority of the lending profiled, approximately 68 per cent was directed to solar power, with the remainder to wind power. Most of this finance (78 per cent) was ‘primary finance’ rather than refinancing an existing project. This indicates a vast growth in new renewable power projects in 2017.

The top five renewable power profects that attracted the most lending in 2017 are a combination of wind and solar power projects. 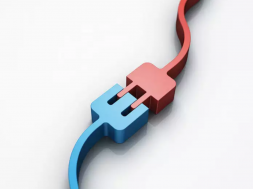 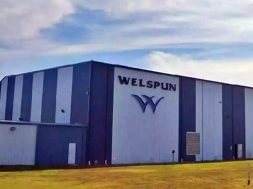