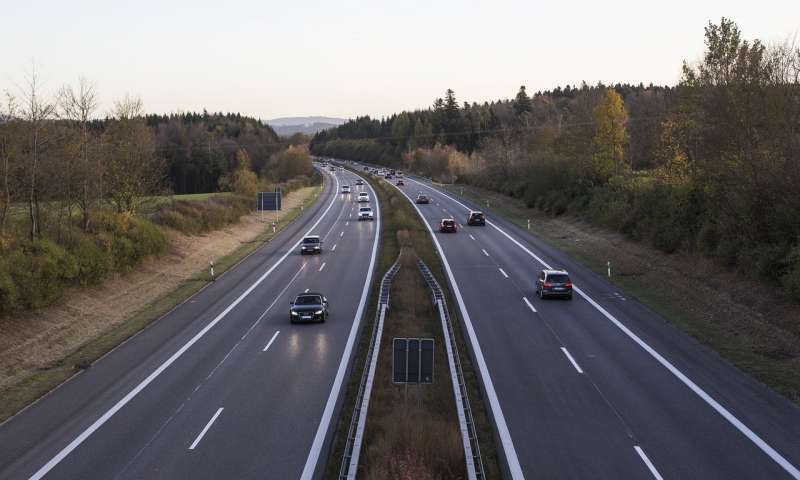 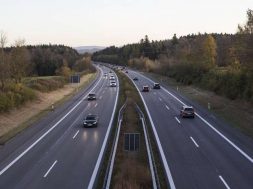 The innovation, developed by Chemistry Department Chairman Prof. David Ryan and a group of UMass Lowell students, will enable electric vehicles of all sizes to run longer while maintaining zero emissions. The new technology uses water, carbon dioxide and the metal cobalt to produce hydrogen gas on demand at a relatively low temperature and pressure.

Most electric vehicles on the road today rely on batteries that must be charged, but come with limitations such as storage capacity, time needed to recharge and cost, according to Ryan. As a result, current technology is practical only for small cars and not for larger vehicles, including trucks and buses. In contrast, the UMass Lowell team’s invention could be used to power vehicles of all sizes.

In an electric vehicle, the hydrogen created by the team’s method would go directly to a fuel cell, where it would mix with oxygen from the atmosphere to generate electricity and water. The electricity would then power the system that operates the vehicle’s motor, rechargeable battery and headlights.

“This process doesn’t store any hydrogen gas, so it’s safe and poses no transportation issues, greatly minimizing the possibility of a fire or explosion,” Ryan said.

The technology generates hydrogen that is more than 95 percent pure, he added.

“Hydrogen burns completely clean; it produces no carbon dioxide, only water. And, you don’t have to burn hydrogen to generate electricity. Hydrogen can be used in fuel cells, in which it combines with oxygen from the air to produce electricity at up to 85 percent efficiency,” Ryan said.

With increasing demand for green energy, the hydrogen market is poised to grow to an estimated $199 billion over the next four years, according to industry watchers.

“Since hydrogen is not mianed or pumped out the ground like fossil fuels, we have to produce it. Current methods of doing that are expensive and inefficient. This, coupled with the lack of needed infrastructure, has hampered the transition from a petroleum to a hydrogen economy,” said Ryan. “Our hope is that the catalytic hydrogen technology we have developed would help solve all of these challenges.”

Working with Ryan, who is from Reading, are Ph.D. candidates in chemistry Ahmed Jawhari of Lowell, Kehley Davies of Boston and Elizabeth Farrell of Marblehead; and Colleen Ahern of Braintree, an undergraduate chemical engineering major and Honors College student.

The researchers have been awarded a provisional patent and are awaiting a full patent on the technology. In addition to support from UMass Lowell, the Massachusetts Clean Energy Center has provided the team with $25,000 in seed funding to help take the invention from the lab to the marketplace.