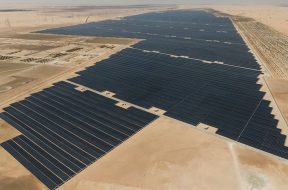 Featured
Abu Dhabi Power has claimed to have received the world’s lowest tariff for solar for its 2GW Al Dhafra project. A pool of five bidders tendered for the project and the first-ranked bidder – yet to be named by ADP – set their price at US$0.0135/kWh, a sum which would rank as the world’s […]
Read more