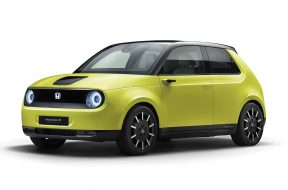 EV Charging
Honda reveals a dash with five screens, in its new Honda E. The New York Times reports on new evidence against Audi in the VW diesel emissions scandal. A major supplier has developed a 2-speed transmission for electric cars. And a company in Britain wants to have charge points pop up, out of the sidewalks. […]
Read more

How to Plug Into Electric-Vehicle Chargers