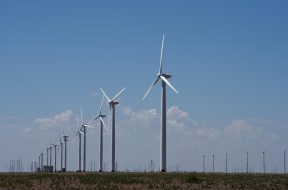 Americas
Installing wind turbines and solar panels in the U.S. Midwest instead of other parts of the country would deliver the biggest cuts in climate-warming emissions and improvements in public health, according to a study published on Tuesday. The magnitude of benefit from renewable energy depends in part on whether it is displacing coal-fired power plants […]
Read more