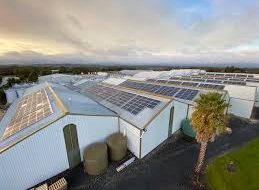 Asia - Pacific
The parent company of national booze retailing giant, Dan Murphy’s, is ramping up its renewable energy plans in South Australia, with solar being installed on two stores in Adelaide, as well as at a winemaker’s in the Barossa and a packaging facility in Angaston. In a statement on Monday, Endeavour Group – itself owned by […]
Read more