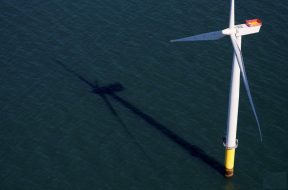 Europe & UK
BRUSSELS: The European Union produced 17.5 percent of its power needs from renewable sources in 2017, while 11 of the bloc’s 28 members had already achieved a 2020 goal of 20 percent or more, the latest data released by Eurostat showed. Renewables, such as wind, solar and hydro power, accounted for 17 percent of the […]
Read more