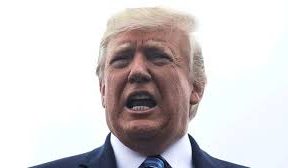 Americas
Donald Trump has expressed interest in the self-governing part of Denmark — which is mostly covered in ice The US’s northern-most military base, Thule Air Base, has been located on Greenland for decades Greenland is not for sale, the mineral-rich island said Friday, after a newspaper reported that US President Donald Trump was asking advisers […]
Read more