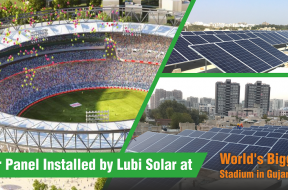 Featured
The Sardar Patel Stadium, well known as the “Motera” Cricket Stadium is currently under an overhaul. The stadium, built in 1982, catered a seating capacity of 54,000 seats until 2015, before going under the hammer. The stadium, being pipped as a ‘dream project’ shall boast of a seating capacity of over 1 lakh, overtaking MCG […]
Read more