India
“On 2 October 2020, as part of the grand finale of 150th birth anniversary celebrations of Mahatma Gandhi, India in Madagascar and Comoros will make a switch to solar power. Antananarivo [Madagascar]: Madagascar Prime Minister Christian Ntsay along with Ambassador Abhay Kumar will inaugurate the solar power plant here at the Indian Embassy as part […]
Read more

Mahatma Gandhi would have liked Indians to focus on tackling issue of climate change: S Jaishankar 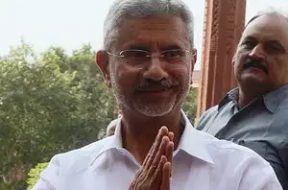 India
Mahatma Gandhi would have liked Indians to focus on the issue of climate change, External Affairs Minister S Jaishankar has said, stressing that the fight against this global challenge is much larger than just renewable energy and involves a virtual overhaul of the lifestyle. In his remarks at an event to mark the 150th birth […]
Read more 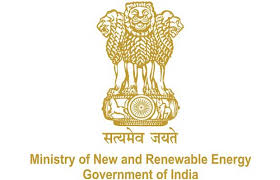 India
Over 10,000 students to attempt world record by lighting the largest number of solar lamps together in Delhi. To commemorate 150th Birth Anniversary of Mahatma Gandhi and to promote the Gandhian idea of sustainable living, the Ministry of New and Renewable Energy in association with IIT Bombay, is organizing the Global Student Solar Assembly on 2nd October […]
Read more

India
In a bid to promote self-sufficiency in energy for sustainability, a professor from IIT-Bombay has embarked on a yatra. Prof Chetan Solanki of the Department of Energy, Science and Engineering, IIT-Bombay, began his “energy Swaraj” from Sabarmati Ashram on Wednesday (26 December), reports The New Indian Express. He has named his mission ‘Gandhi Global Solar […]
Read more