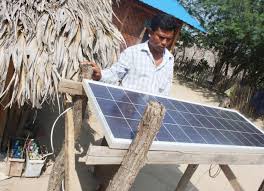 Asia - Pacific
MADAM – Your story dated September 9 “Chinese developers sweep up 1GW solar bids in Myanmar” reported that “firms from China have swept up all but one of the solar projects after a tender which was widely criticised for effectively keeping out local and most international bidders.” The article described the rate as “far lower […]
Read more