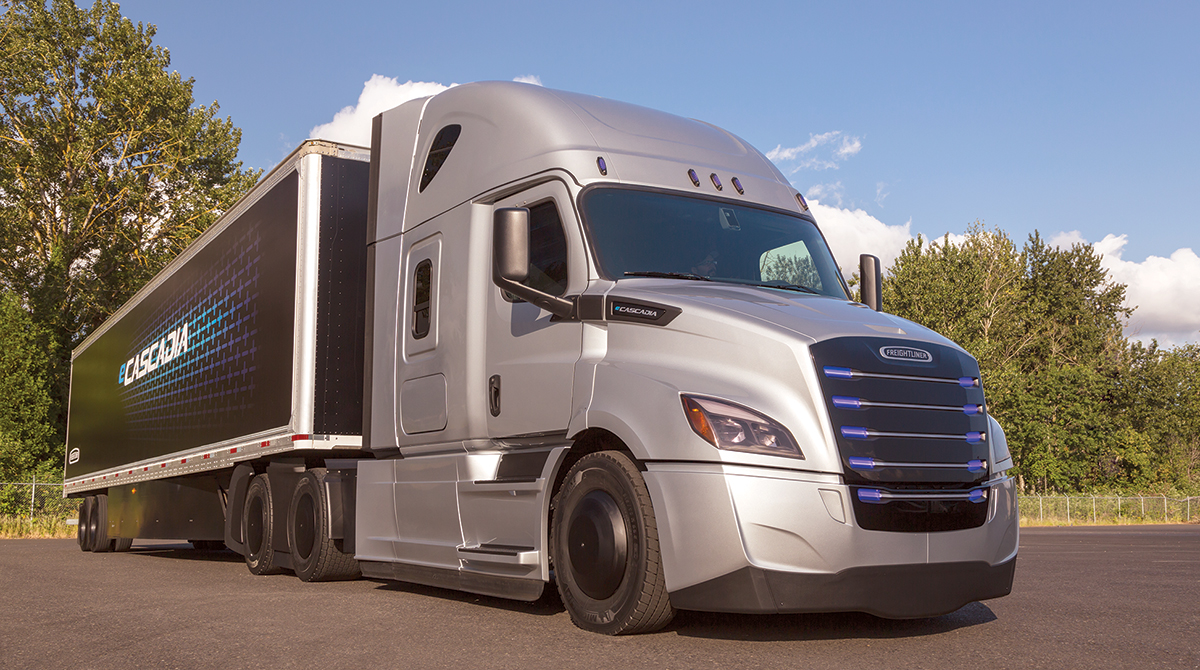 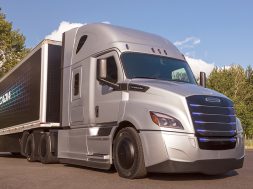 Electric utilities in California, Oregon and Washington are jointly exploring a plan for a network of charging stations to be used by eventual battery-electric commercial vehicles traveling Interstate 5, a 1,300-mile commercial corridor along the West Coast.

The plan, which has a goal to reduce emissions along the interstate, is in the study phase and shifts the spotlight onto electric utilities after truck makers’ earlier demonstrations of prototype electric vehicles generated tremendous industry buzz.

Nine electric utilities and two agencies representing more than two dozen municipal utilities are sponsoring the West Coast Clean Transit Corridor Initiative. The study phase is expected to be finished by year’s end, with implementation of recommendations beginning as soon as next year. 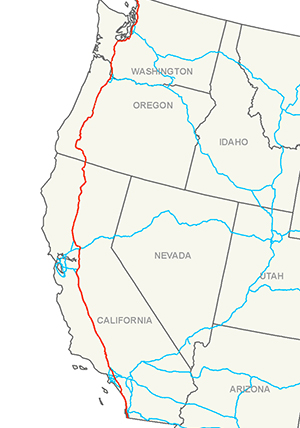 The utilities are exploring how best to provide electric vehicle charging on I-5 and its connecting routes for medium- and heavy-duty electric trucks, and determining what role they can play in electrifying the corridor. Key locations for electric truck charging infrastructure also will be identified and prioritized in the study, according to the Sacramento Municipal Utility District, one of the participants.

“The I-5 corridor is the economic backbone for transporting essential goods and services to our customers. We see investments in transportation electrification and electric charging infrastructure as a great way to support the economic vitality and environmental quality of communities along the corridor,” said Scott Bolton, senior vice president of external affairs for Pacific Power, which operates in all three states.

One executive at a California consulting firm specializing in advanced transportation fuels and technology not involved in the study said the plan was ambitious and must answer some big questions.

“The amount of power that we are talking about to fuel a decent size fleet is enormous, like five to 10 megawatts sort of power. That doesn’t exist at your local UPS distribution hub. How do you deliver that in these areas where it is needed? Maybe that is the 30,000-foot view the study is trying to accomplish,” said Erik Neandross, CEO of Gladstein, Neandross & Associates.

I-5 is shown highlighted in red. (WikiMedia)

“It is absolutely no surprise to me that those who serve that energy are lining up to try to figure out how to accelerate that [truck] market development,” Neandross added.

The utilities’ plan expands on current programs that support charging electric vehicles within the respective utilities’ own territory, said another utility executive.

“But for extended shipping and longhaul trucks, we need solutions that we can apply across utility territories,” said Caroline Choi, senior vice president of corporate affairs for Edison International and Southern California Edison, another of the utilities sponsoring the study.

Several established truck makers have field tests of various electrified vehicles underway for regional operations, but none have reached the series production stage. Other nontraditional truck makers are also pushing ahead — creating a race to market.

A year ago, Freightliner unveiled all-electric versions of its flagship heavy-duty Cascadia and medium-duty M2 models, with series production of both slated for 2021 as part of its core business. Freightliner, the leading Class 8 brand, is a unit of Daimler Trucks North America.

Tesla said production of its battery-electric Tesla Semi would start next year.

A rendering of the Tesla Semi. (Tesla)

Nikola Motor Co. said field tests of its Class 8 battery-electric and hydrogen fuel cell trucks would begin later this year, with production in 2022.

All three truck makers have said their respective electric trucks were aimed at regional distribution applications.

Meanwhile, UPS Inc., a champion of various alternative fuels, is not involved in the project as it has a different business model for its electrified vehicles, a spokeswoman said.

“UPS has not provided input directly to the West Coast Clean Transit Corridor Initiative,” said Kristen Petrella, UPS sustainability public relations manager. “Given that we are centrally fueled at our UPS operating centers, we are unlikely to need any along-the-highway charging facilities, if that’s what is planned.”

UPS ranks No. 1 on the Transport Topics Top 100 list of the largest for-hire carriers in North America.