Why India needs to further diversify its energy basket

Why India needs to further diversify its energy basket

According to the latest assessment by the Central Electricity Authority (CEA), India’s total power capacity is pegged at over 300,000 Megawatt, of which 42, 850 MW is contributed by renewable energy projects and 42, 783 MW by hydro power projects. Additionally, experts are of the opinion that India is on track to become one of the world’s leading producers of green energy and is anticipated to soon supersede advanced countries in the race.

Known for its diversified power sector in the world, India has sources of power generation starting from conventional sources such as coal, lignite, natural gas, oil, hydro and nuclear power to viable non-conventional sources such as wind, solar and agricultural and domestic waste. The demand for electricity has been increasing rapidly and is expected to rise further in the coming years. Thus, to be able to cater to the increasing demand for electricity, massive additions in the existing generation capacity is required. Owing to the current government’s focus on promoting renewable energy and implementation of projects in time bound manner, India is at present ranked 3rd among 40 countries in EY’s Renewable Energy Country Attractiveness Index.

Here are some factors that explain why diversification of energy sources is a good idea for India:

Growing price competitiveness: This is among the main reasons for diversification efforts. Energy alternatives such as gas, fossil fuels etc. collectively pose a risk for power plant operators, along with end users, with their price volatility. While the natural gas prices fluctuate from one state to another, the fluctuation of fossil fuel rates also appears from time to time. But the renewable energy sector has witnessed tremendous advancement in the whole value chain, especially the technology leap enabled by innovation. Adding to the positives would be the maturing market that has immense potential to drive down the prices of renewables rapidly. Also, there is no dearth of skilled and trained workers in India. This, coupled with the government’s backup for the startup segment, more and more new projects could be planted across the geography to reach a point where India’s need for energy can be satiated using renewable energy sources.

Renewable energy a safe bet for the long run: Renewables are being heavily encouraged by policy makers. This is because the average wind or solar farm is built for up to 25 to 30 years of operation, which is even longer in case of hydro power plants. The operators of these power plants are aware that the equipment will be refurbished once its shelf life is over and that the newly upgraded solar module or wind turbine will be relatively more cost effective and efficient. Consequently, renewables have the capacity to continue generating electricity maintaining its efficiency that further boosts competitiveness.

Energy security: While oil and gas sources are limited to certain regions of the world, renewable energy is available everywhere and is domestic. Not only does it offer security of energy supply but also reduces dependence on imported sources. Diversification of energy can play a significant role in our energy needs by replacing foreign energy imports with domestically produced electricity that adds to the country’s economy.

With various factors giving the renewable energy segment a push, India now has a great opportunity ahead to shape its energy mix. Contributing factors like supportive government policies, coupled with incentives and infrastructure and investment promotions are being taken, to serve the social and economic growth of the country through renewable energies. Consequently, renewable energy sector is also becoming more attractive to power utilities constructing new long-term capacity projects.

Another important factor in favor of renewable energy is the lack of fiscal support from the government. Therefore, an investor with capital can fund more projects across regions to diversify resource-based risks. However, despite these growth opportunities the segment is dealing with a bunch of challenges — grid integration, curtailment, counterparty risk, cost of finance, imbalance costs etc. With these existing pain points, market creation has not been easy but with the rising awareness of environmental, economic and social benefits, public opinion has been positive. Thus, regulators are acting on this with tighter compliance standards.

If we take a look at the larger picture, the resource potential of India is now recognized as substantially higher than earlier. Studies conducted recently suggest that with newer technologies available today, wind energy segment can be scaled 40-64 times than what it is at present. Also, supporting market development initiatives like exploring offshore wind, provision of solar parks or construction of a transmission corridor could be prove to be beneficial.

In a nutshell, diversification of energy supply is a great way to strengthen energy security of any nation. In order to attain a long term, sustainable energy strategy that protects the power supply from market fluctuations, diversified portfolio of energy could prove to be assets. As the saying goes ‘never put all your eggs in one basket’ and the power sector is not an exception. 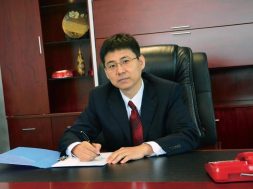 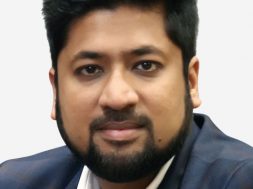 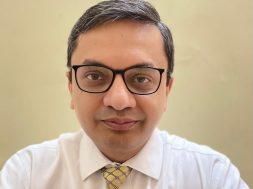