India may be emerging as a leading light in renewable energy capacity additions, but the pace of transformation is unsettling the stakeholders. The latest bout of disruption has been triggered by the 1 gigawatt (GW) wind power auction conducted in February this year. One GW is 1,000 megawatts. Tariffs in the auction fell below the feed-in tariffs being paid by state power distribution companies (discoms). This alerted the discoms, who stopped signing new feed-in tariffs, crimping the project pipeline.

Wind power solutions provider Inox Wind Ltd’s March quarter results reflect this. Revenue and profit slumped as states stopped signing new power purchase agreements (PPAs) on a feed-in tariff basis. As a result, the executable order book fell from 1.3GW at the end of the December quarter to 0.3GW. The earlier order book is based on feed-in tariffs which has become redundant now.

But what remain unclear are the timelines. The success of auction in February means the industry is moving away from feed-in tariffs to an auction-based market. The transition is expected to take time. The new draft guidelines for procurement of wind energy through the auction process were released by the centre only last month. Considering that the guidelines are yet to be finalized, along with the associated standard bidding documents, it can take the states almost a year or so to ratify them and streamline the wind energy procurements through auctions, says Krishnajith M.U., assistant general manager at consulting firm Idam Infrastructure Advisory Pvt. Ltd.

In the meantime, equipment suppliers like Inox Wind will have to depend on central government auctions. “FY18 would be a transient year with possible lower additions and bounce to higher levels from FY19,” Elara Securities (India) Pvt. Ltd said in a note on overall wind power capacity additions. According to Motilal Oswal Securities Ltd, revenue visibility beyond the December quarter would be determined by the company’s ability to win fresh orders in the forthcoming auction for 1GW.

Of course equipment suppliers have other avenues—open access, captive power requirements and renewable energy certificates—to explore business opportunities. But as Krishnajith points out, barring two or three wind-rich states, the compliance of states to renewable PPAs has been lower than the targets set till now. Also levy of wheeling charges by discoms is reducing the appeal of wind tariffs for open access customers.

The scenario will change when the auction process gathers pace and states begin complying with renewable PPAs. Even then one cannot be assured of the prospects, as it has to be seen how tariffs will move in a competitive bidding process. Also it is not yet clear if equipment suppliers will be able to hold on to their margins (profitability) even though technology evolution and large turbines (priced higher) are expected to help them protect their realizations.

0
0   0
previous Power Industry Focuses on Renewables: Global Solar Investment to be Higher than Coal, Gas and Nuclear Combined in 2017
next Miners increase green energy use to power their pits 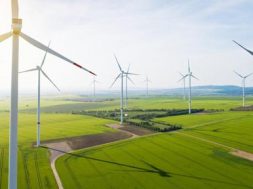 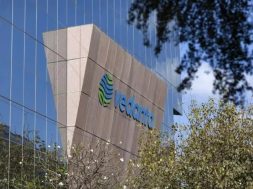