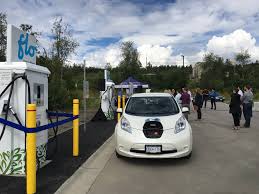 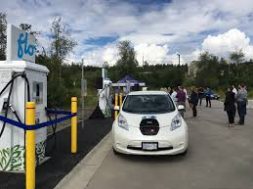 The federal government has announced $600,000 for 12 new electric fast-charging stations in B.C.

MP Stephen Fuhr made the announcement on Monday morning at Kelowna International Airport.

“Electric vehicles are an important part of Canada’s clean energy future, and we are committed to supporting initiatives that encourage widespread adoption of zero-emission vehicles,” Fuhr said. 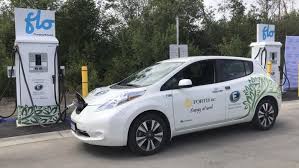 The airport houses two of the 12 fast-charging stations.

“Installing electric vehicle chargers will ensure the airport is accessible for the growing number of electric vehicle drivers in the Okanagan while working towards protecting the natural environment that makes the region such a great place to live.”

The funding is from Natural Resources Canada’s electric vehicle initiative, which aims to establish a coast-to-coast network of fast-chargers along the national highway system.

The province is also contributing $300,000 towards the fast chargers.

According to the federal government, transportation accounts for a quarter of greenhouse gas emissions, almost half of which comes from cars and light trucks.