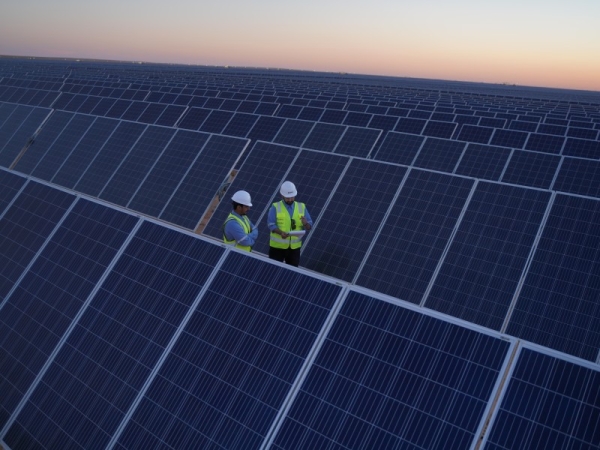 COVID-19 has not slowed the rise globally in sustainable energy sources. 2020 saw unprecedented demand, adding 260GW of capacity. Solar power is now the cheapest source of electricity in history, says the IEA.

Here are some recent historic shifts in energy use that illustrate that trend.

Globally, 260 gigawatts (GW) of renewable energy capacity were added in 2020, exceeding expansion in 2019 by close to 50% – and breaking all previous records, IRENA says.

More than 80% of all new electricity capacity added last year was renewable, with solar and wind accounting for 91% of new renewables, according to the agency’s Renewable Capacity Statistics 2021. Total fossil fuel additions fell from 64GW to 60GW over the same period. 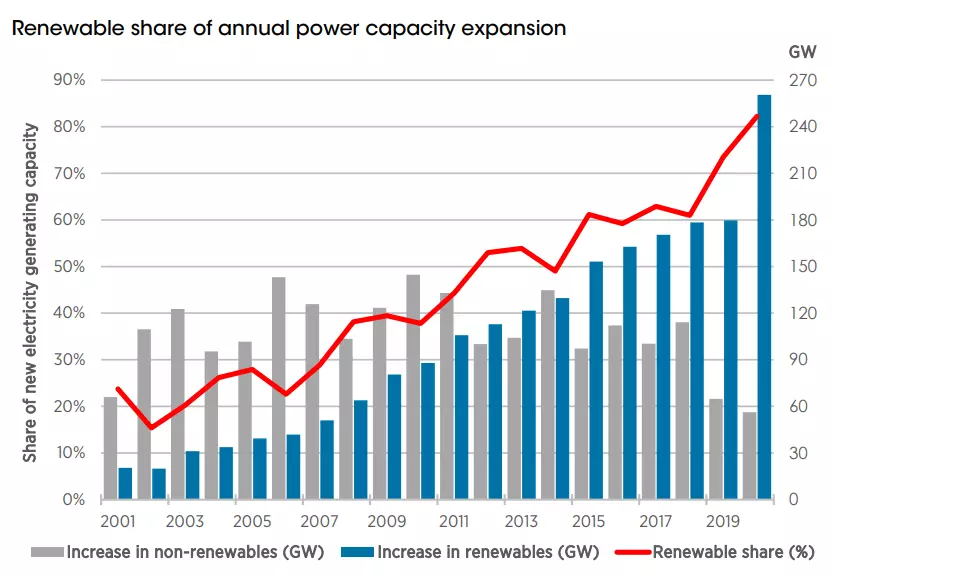 2. Britain had its greenest day on record

The nation’s electricity grid reached the greenest it’s ever been, with zero-carbon power sources including wind, solar and nuclear making up 80% of the energy mix.

At the same time, the carbon intensity of electricity – the measure of CO2 emissions per unit of electricity consumed – dropped to 39gCO2, the lowest figure in history.

Solar power will be the new king of electricity supply and looks set for massive expansion, according to the International Energy Agency (IEA).

Its World Energy Outlook 2020 report predicts renewables will set new records each year after 2022, thanks to “widely available resources, declining costs and policy support in over 130 countries.”

“For projects with low cost financing that tap high quality resources, solar PV is now the cheapest source of electricity in history,” the IEA says.

This includes being more cost-effective than coal and gas in many countries today, including in the largest markets – the United States, European Union, China and India.

The city is the first council in South Australia to use 100% renewable electricity across its operations, including the historic Adelaide Town Hall, which was built in 1866.

The switch will reduce emissions by more than 11,000 tonnes a year – the equivalent of taking 3,500 cars off the road.

By the end of December, 9.3GW of solar capacity had been added – equivalent to six coal power plants – and a 25-fold increase in installed capacity compared to a year earlier.

There are now more than 101,000 rooftop solar systems on homes, offices and factories across the country, according to Vietnam Electricity, the state utility.

Viet Nam has previously been heavily dependent on coal for electricity generation.

For more about the future of energy, read the Forum’s “Energy Transition Index 2020” here. This is a fact-based ranking to help policymakers and business leaders plot a course for a successful energy transition.